5 Things to Know About Omega

Omega is among the best-known luxury watch brands on the planet, and certainly the best known off the planet. From NASA to the Olympics to James Bond, not to mention names like Speedmaster, Seamaster and Constellation, the brand has achieved well-deserved rock-star status among watch enthusiasts everywhere. Here are 10 things you should know about Omega. 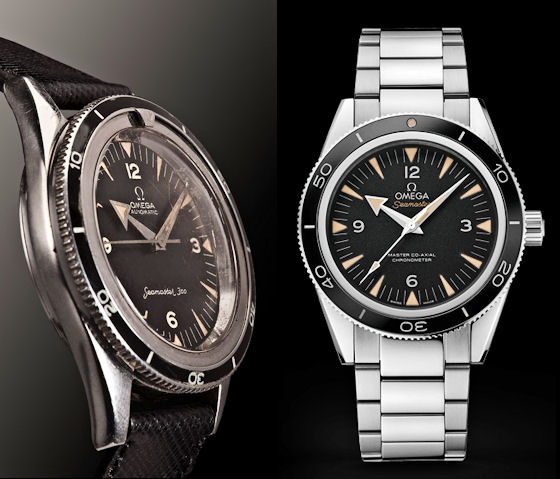 During the 19th and early 20th centuries, before quartz and GPS, nations and industries depended on precise mechanical timepieces. To encourage improvements in this field, Observatory trials were held. These chronometric marathons tested timepieces of various types for extended periods, and the winners earned substantial publicity and bragging rights. Top manufacturers competed against each other head to head to win these Superbowls of watchmaking. Omega enjoyed tremendous success at these trials, setting numerous world records. At the 1931 Geneva Observatory trials, Omega won First Prize in all six categories. That same year, the company adopted the advertising slogan “Omega – Exact time for life.” That was not hyperbole, but a claim backed up by decades of Observatory trial results.

3. Exploring the Ends of the Earth

Who led the first surface expedition to reach the North Pole? Was it Robert Peary? Perhaps Frederick Cook? How about Ralph Plaisted? Chances are you’re not familiar with the last name, but you should be, because the story of who actually reached the North Pole first via an overland route is a fascinating one. You can read more about it here.

Of the three candidates, Plaisted seems the least likely to claim the title. He was an insurance salesman from Minnesota who was also an avid outdoorsman and snowmobiler. Friends said that if he liked the newly-invented snowmobile so much, he should drive one to the North Pole. And in what sounds like a modern made-for-GoPro story, he did. His party set out on the 412-mile trek from Canada’s Ward Hunt Island, not far from Peary’s start on Ellesmere Island. Riding snowmobiles and armed with Omega Speedmasters and sextants to track their location, they reached their final camp on April 19, 1968, after a 43-day trek. Plaisted’s team was the first to receive independent confirmation that it had actually reached the North Pole, when a U.S. Air Force C-135 flew overhead and confirmed their location.  Today, many historians of polar exploration agree that Plaisted’s party was the first to reach the North Pole by an overland route.

At the other end of the planet, in February, 1990, Arved Fuchs and Reinhold Messner completed what some called the “last possible land journey on earth.” The pair crossed Antarctica on foot. The 1,740-mile journey took 92 days. Enduring temperatures of -40° F and winds exceeding 90 mph, they crossed the Thiel mountains to the South Pole, then continued on to McMurdo Sound on the Ross Sea. Messner’s timekeeper on this journey was an Omega Speedmaster.
omega at the south pole

In the autumn of 1962, a group of astronauts including Walter Schirra and Leroy “Gordo” Cooper walked into a watch shop in Houston looking for watches to use on their upcoming Mercury program flights. They left with Omega Speedmasters, and so began Omega’s history with space exploration.

At the end of the Mercury program the following year, astronauts approached NASA Operations Director Deke Slayton and asked to be issued with watches for use during training and flight. Their timing was perfect, because NASA had just hired a group of engineers to evaluate, test and certify equipment for use by astronauts. NASA eventually tested watches provided by Omega, Rolex, and Longines-Wittnauer. The tests were brutal, designed to test watches to destruction. On March 1, 1965, NASA selected the winner, certifying the Speedmaster reference ST105.003 “Flight Qualified for all Manned Space Missions”.

Fast forward to July 21, 1969.Neil Armstrong stepped off the Eagle to become the first human to stand on another world. However he was not wearing his watch. He left it on the Eagle, because the on-board clock was not working. A few minutes later, Buzz Aldrin stepped onto the Moon’s surface, wearing his watch, and the Omega Speedmaster Professional became the first watch to be worn on the Moon.

5. Master of the Sea

Omega launched the Seamaster line in 1948 to celebrate the brand’s 100th anniversary. That makes it the oldest line in the current collection, which also includes the Speedmaster, Constellation and De Ville. The Seamaster was loosely based on the watches Omega made for the British military at the end of World War II.

In 1957, Omega launched the Professional range of Seamaster watches with the debut of the Omega Seamaster 300. Jacques Cousteau’s team used the Seamaster 300 during its “Precontinent II” experiments in the Red Sea in the summer of 1963 to prove that divers could live in a submerged saturated gas environment for long periods without adverse effects. Military units, including the British Special Boat Service, chose the Seamaster 300 as their official watch.

As divers lived and worked at ever-greater depths, Omega began work on the famous “Ploprof” (PLOngeur PROFessionel, or “professional diver” in English) Seamaster 600, launched to the public in 1970 after four years of research and testing. During the R&D process, Omega tested the PloProf to 600 meters at the factory, and to 1,000 meters off the coast of Marseilles. In September, 1970, three COMEX divers wore the PloProf for eight days, working in the water four hours per day, at a depth of 250 meters. Cousteau’s divers also used the watches off the coast of Marseille during a set of experiments to test the effects on divers working at depths up to 500 meters. To this day, the Omega Seamaster name is synonymous with professional diving. (For our test of the modern Omega Ploprof, click here.)

Omega Dive Watches That Never Made It Into Production