The Blancpain Villeret Réveil GMT, part of the brand’s classically styled Villeret collection, features a mechanical alarm as well as a second-time-zone indication. A subdial at 3 o’clock, with 12 hour markers and two hands, displays the time programmed for the alarm, which is set via a push-piece at 8 o’clock, which engages a column wheel.  An “On/Off” indicator at 1 o’clock shows the wearer at a glance whether or not the alarm is activated. The alarm’s chime is produced by a hammer striking a gong. The watch’s GMT function uses a center-mounted, blued serpentine hand (a Blancpain hallmark) to indicate the time in a second time zone on a 24-hour scale. 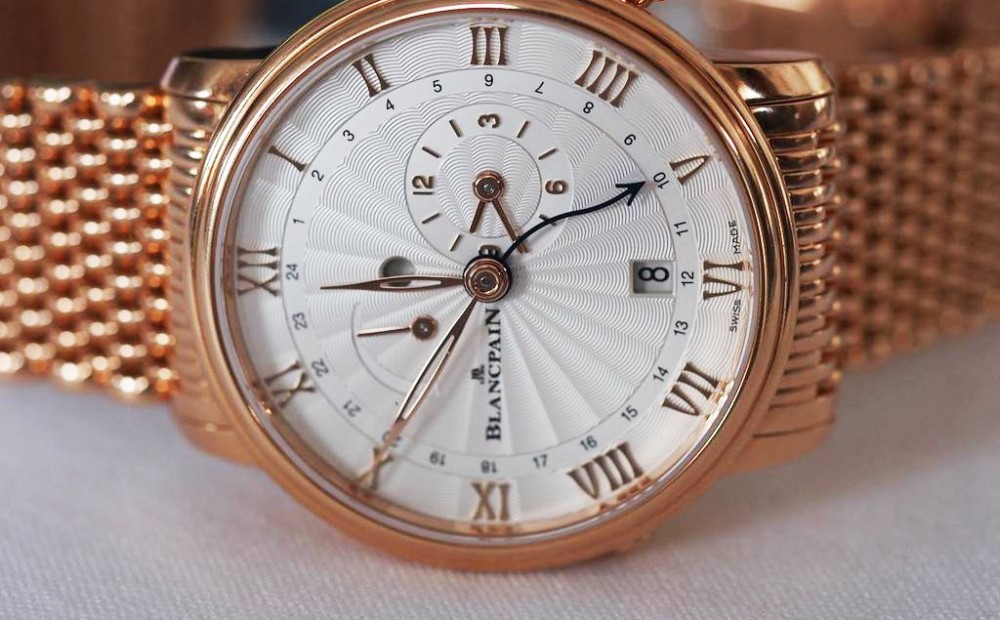 The movement is Blancpain’s manufacture Caliber 1240H, a self-winding movement with a silicon balance spring and a power reserve of 45 hours. As in other Blancpain watches with alarm functions, the movement is equipped with two barrels — one for supplying energy to the movement, the other to store energy for the alarm’s striking mechanism. Caliber 1240H’s automatic winding system winds them both simultaneously. Prices for the Blancpain Villeret Réveil GMT — available in steel or rose gold, on either a leather strap or Milanese bracelet — range from $24,700 to $55,700. Click here for more details.