Girard-Perregaux presents three different types from the new watch either in stainless steel, 18-karat pink gold, or perhaps in a unique limited edition devoted towards the famous British contractor and clockmaker, John Harrison, to mark the 300th anniversary from the Longitude Act. 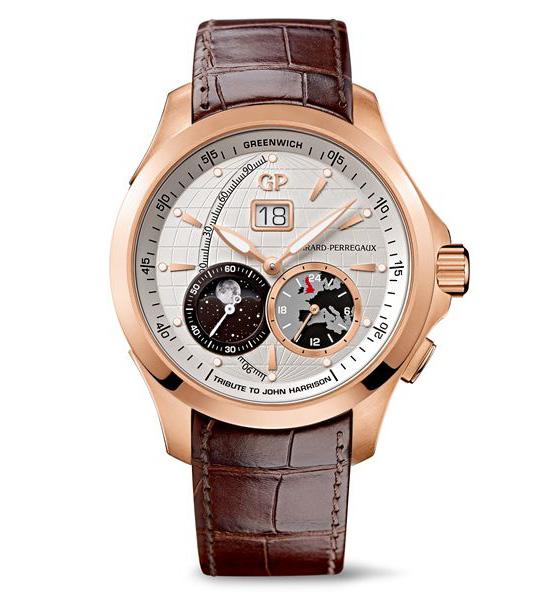 The timepiece is located inside a large-sized 44mm case which includes a narrow bezel to be able to provide optimal readability from the dial which is filled with information and particulars. The date is displayed inside a superbly designed window that is placed in the 12 o’clock position. This aperture utilizes a patented mechanism which shows the date without separating the 2 numbers that comprise the figure. The hundreds disk is opaque, whereas the numbers representing the models are situated on the transparent disk that’s only 0.10mm thick. 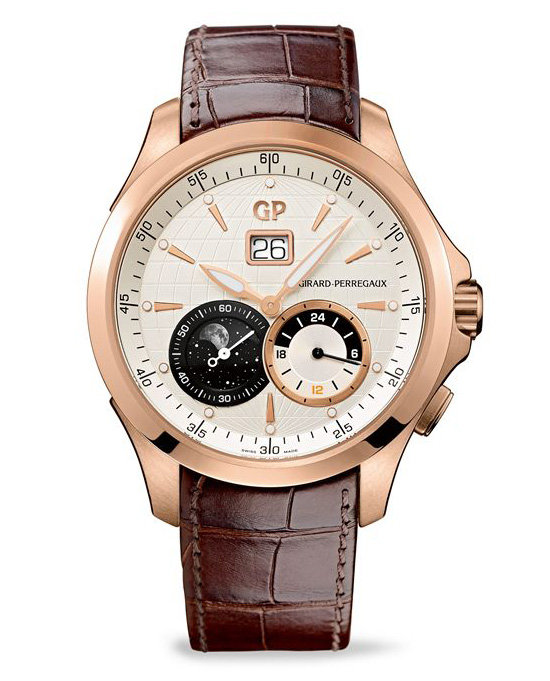 The dial also provides information relevant towards the second time-zone that are suggested for the sub-dial situated between 4 and 5 o’clock positions. Symmetrically situated between 7 and eight o’clock positions there’s a seconds sub-dial that also provides the information of the present phase from the Moon. The moon is metal-plated having a multiplicity of shades of grey on top of the quite thin disk. The dial is encrusted having a geographic motif inspired through the Earth’s intertwining meridians and parallels that are merging in to the dial’s slender indexes. 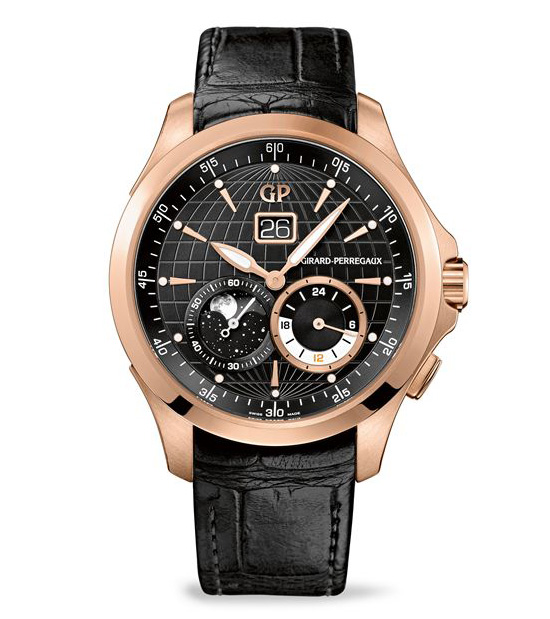 The beating heart from the watch may be the caliber GP03300-0093 self-winding movement that provides a minimum of 46 hrs of power reserve when fully wound. The movement is nicely carried out with an oscillating weight inspired through the form of the Girard-Perregaux tourbillon bridge that is visible with the transparent case back. The 35 jewels movement oscillates in the rapid frequency of 28,000 oscillations each hour (4Hz), to guarantee the greatest precision in most situations. 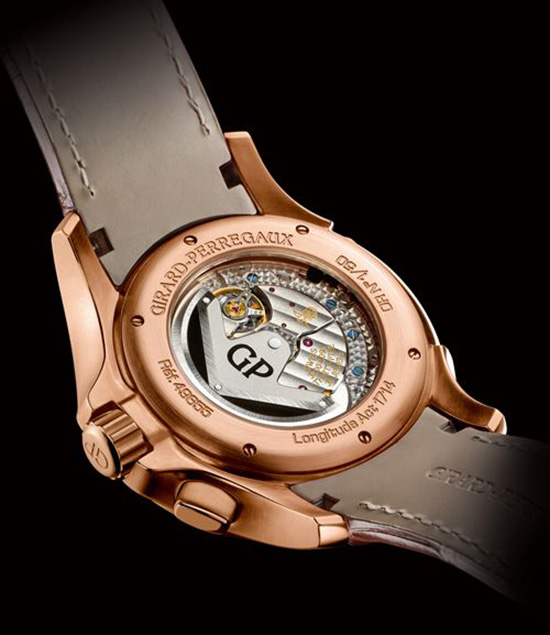 When I have previously pointed out, besides steel and gold models, Girard-Perregaux also revealed a limited series of fifty pieces like a tribute to, John Harrison (1693-1776), a self-educated British contractor and clockmaker acknowledged as the inventor from the marine chronometer. This limited edition model using the referent number 49655-52-133-BBBA is distinguished having a special dial and also the case back with written words “Tribute to John Harrison”. Yet another detail about this watch pays a tribute towards the incomparable self-educated clockmaker – among the meridians engraved to the dial is enhanced because of an additional applied graduation.

This is actually the prime meridian which matches those of Greenwich in England which was utilized by Harrison to define the conventional reference time. In addition, the second time-zone sub-dial reproduces a map of Western Europe, in black, with an anthracite-grey background. Harrison’s mother country about this map – Great Britain is marked out in red.