Because of the different personalities, so everyone like the watch style is not the same, we have a lot of respect for Bart and Tim Grönefeld, also known as the horological brothers, and their amazing timepieces. Just before SIHH 2017 kicks off, they introduce us a couple of new variations of their Grönefeld 1941 Remontoire. A stainless steel version of his watch, limited to 25 pieces only and a couple of bespoke engine turned dials by the legendary Kari Voutilainen. Without further ado, let’s have a look.

The grandfather of the horological brothers, Johan Grönefeld, was responsible for maintaining a 1913 church clock that was equipped with a remontoire mechanism. Later on, when Johan Grönefeld passed away, their father Sjef Grönefeld took over that role. It was this church clock, that inspired Bart and Tim Grönefeld to come up with the Grönefeld 1941 Remontoire timepiece.

The watch basically has a 8-seconds constant force mechanism, meaning that the force never fluctuates no matter the main spring is fully wound or almost unwound. The amplitude and rate will remain constant, keeping the watch’s precision. The Remontoire’s mechanism (a small hairspring located underneath the dial) is being wound and released every 8 seconds, so 10,800 times a day or almost 4 million times a year.

An incredibly interesting and technical solution, that consumes a lot of watchmaking capacity. In fact, only the finishing, assembly and adjustments required at least 220 precious watchmaking hours. Therefore, the entire production of the Remontoire movement will be limited to only 188 in total. That includes the new stainless steel pieces and engine turned dial versions as a result of the partnership with Kari Voutilainen. 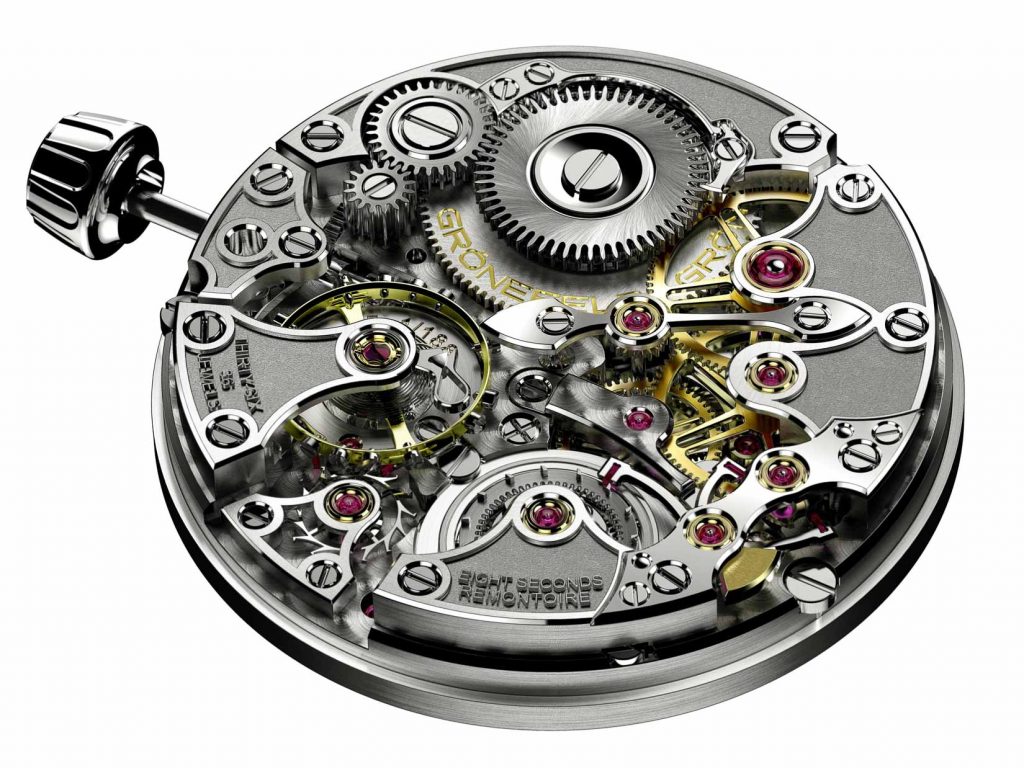 This movement, caliber G-05, consists of 258 parts and has a power reserve of 36 hours (with constant force!). It is a stunning looking movement as you are used from Bart and Tim Grönefeld. The stainless steel bridges have hand polished bevels, micro-blasted center circular grain on top and a relief engraved Grönefeld logo. All housed in a 39.5mm case that is 10.5mm thick.

Besides the 25 pieces in stainless steel, other models are either in white gold or red gold. 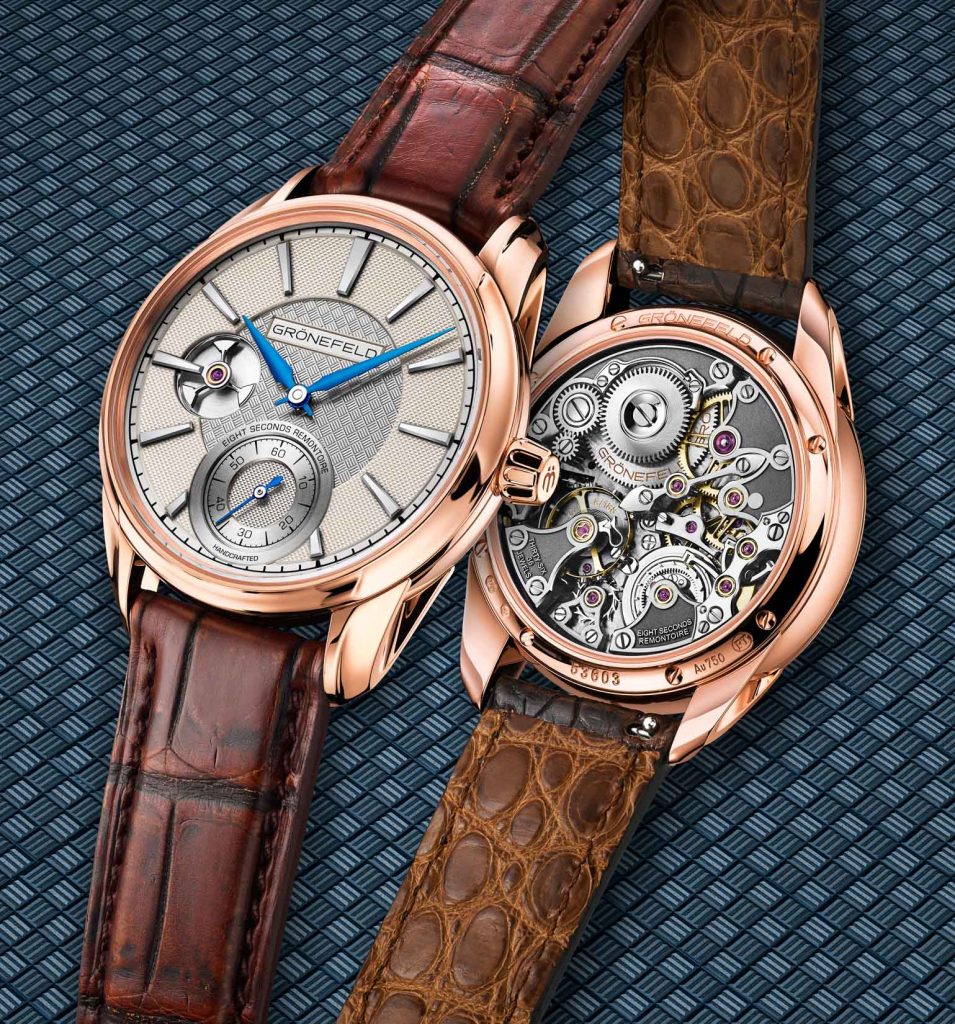 To create these engine turned dials, a century old machine is being used, by hand. It isn’t a machine as we know it today, it needs to be operated by a skilled person, who is able to keep a very slow speed (by hand) and in the meanwhile create these beautiful decorative lines that require a well-trained eye. A painstaking process that takes a few days to produce just one single engine turned dial. A number of patterns and colors will be available for the Grönefeld Remontoir 1941 timepiece. Transparent enamel (glass, not paint) can be added to these hand-made engine turned dials. Specialist Inès Hamaguchi is responsible for enamelling of the Remontoire 1941 dials.

She has developed its own method and “mix” of enamel components with the Gronefeld dial. The substrate melts at a high temperature between 750 and 850 degrees Celsius. Powder she will melt, flow, and then harden the smooth coating engine will dial mode. After a period of cooling down, the polishing process gets the apartment and translucent surface.