I’ve been following the Jolla story alost from the beginning. I’ve used the Finnish startup’s smartphone and tablet running its Sailfish operating system, and while the hardware was underwhelming, the gesture-centric software has always been the star of the show. It’s sleek, easy to use and really does do a good job of removing the need for physical buttons.

Jolla isn’t committing to making a smartwatch or a fully-fledged operating system just yet, but it has been playing with the idea of what it could offer as an alternative to Android Wear, watchOS and whatever Fitbit  smartwatch ends up running.

“We are not going to do any smartwatch business, this is only proof of concept,” Jolla’s community manager Sepher James Noori told us. “We want to show that we can bring Sailfish to different shapes and form factors. The goal was to get it done on the watch and prove that the OS is well designed for smaller form factors and really easy to navigate. We haven’t decided this will completely work on a watch yet, but that is what are trying to do with this study.” 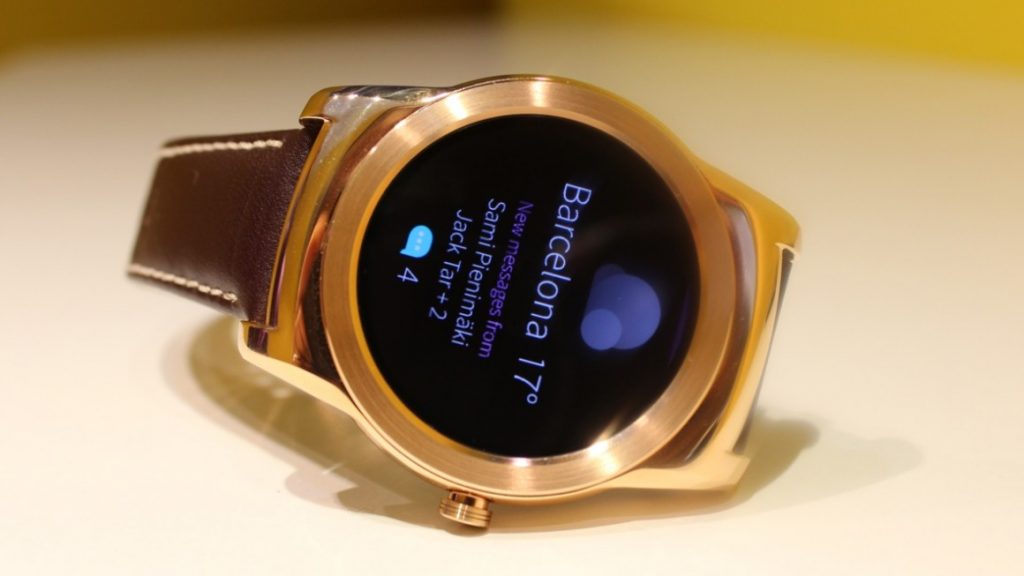 The team has managed to port the Sailfish OS to an LG Watch Urbane and I’ve managed to get a look at how things are running on the older generation Android Wear smartwatch so far. The early development does currently utilise the Urbane’s crown to turn the screen on as it doesn’t have all the sensors working at this stage. The concept is entirely the same as it is on the phone or the tablet and, if anything, it feels a better fit. It’s also taking technical and design inspiration from Asteroid OS, an existing open source smartwatch operating system that we’ve played around with recently.

It only uses the sliding gesture to navigate the screen like fitness tracking data or weather. Notification information to fill the screen Large image and text make it easy for one. A simple double click can filter through a collection of small dials. A popular feature of the operating system environment, which is essentially a fashion theme adds a customization. You can also access applications from the bottom of the screen, there are currently typical native applications like calendars like information, e-mail and pull stores. I also found super but not on the device to boot and run.

So early in the testing process, it is difficult to get a good feeling smartwatch OS pull can bring any party. While the ambition is to adhere to the gesture-centric method, which tells us that does not rule out the possibility of integrating physical keys later, just as LG has finished watching sports and looking at style. Yes, it looks absolutely but does not see how it works every day, we are still dealing with unknown. Certainly have the potential to offer a simple yet stylish alternative, but we still need to see more of such measures.