Among its many horological accomplishments, Jaeger-LeCoultre introduced the first watch with an automatic mechanical movement with alarm, the first Jaeger-LeCoultre Master Memovox, in 1956. That groundbreaking movement, Caliber 815, was superseded by its modern version, automatic Caliber 956, in 2008. That movement — upgraded for the 21st century in terms of accuracy, reliability and robustness — powers the modern version of the Master Memovox (in steel, below). Caliber 956 has a large free-sprung balance and a winding rotor on ceramic ball bearings designed to not require lubrication or maintenance. Its gear wheels have a new tooth profile for smoother transmission, and it has a contemporary frequency of 28,800 vph, a power reserve of 45 hours and a quick-change date mechanism. 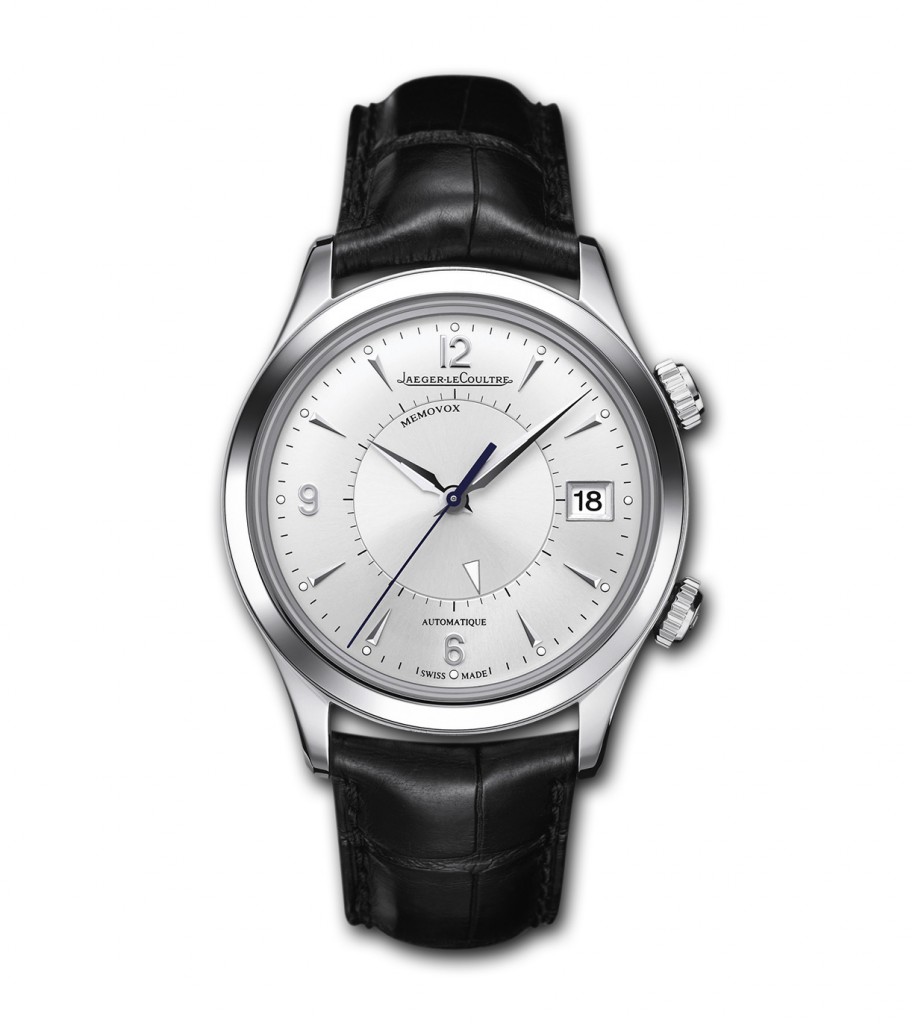 The case of the Jaeger-LeCoultre Master Memovox is 40 mm in diameter, available in steel or rose gold. The silvered dial is the picture of understated elegance: center-mounted hour, minute, and second hands; Arabic numerals at 12, 6, and 9 o’clock; date aperture at 3 0’clock; and a central disk with an arrow that points to the alarm time. The solid caseback bears the engraved “Master Control” logo, indicating that the watch has undergone Jaeger-LeCoultre’s rigorous quality control process. The Jaeger-LeCoultre Master Memovox is priced at $11,100.