Arnold & Son, the Swiss watch manufacture with British heritage, pays tribute to the marine chronometers made in the 18th century by brand namesake John Arnold and his son with the new Arnold & Son Eight-Day Royal Navy, launching at Baselworld 2016. The watch, available in three references, features a new movement with an eight-day (192 hours) power reserve. 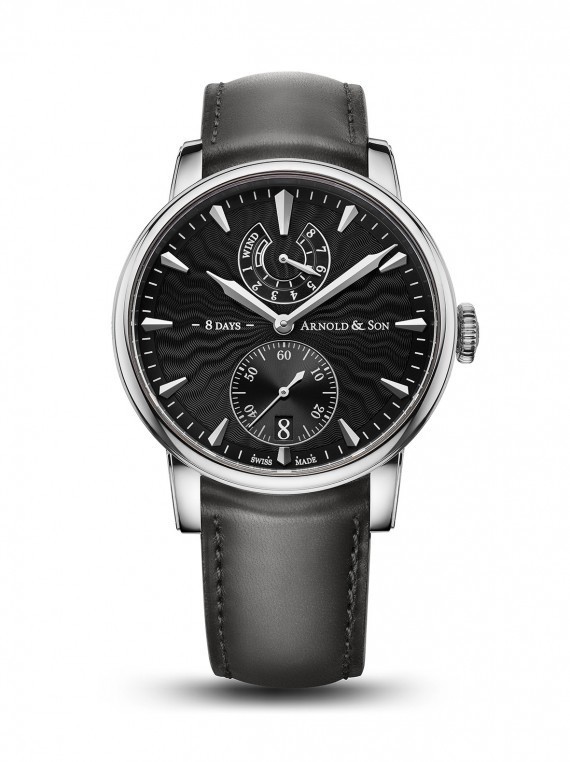 The manual-wind movement in the Arnold & Son Eight-Day Royal Navy, Caliber A&S1016, is the 18th in last five years that the brand has developed and designed in-house. Composed of 242 parts, including 33 jewels, it is equipped with a highly efficient twin barrel to store the lengthy power reserve, which is displayed on the dial at 12 o’clock, along with a date indication and an outsized small seconds display at 6 o’clock. The latter feature echoes those on the marine chronometers made back in British watchmaking’s 18th century heyday, when timepieces played a crucial role in nautical navigation and Arnold & Son were the suppliers of choice to the British Royal Navy.

Caliber A&S1016 also features the meticulous finishing that has characterized Arnold & Son’s modern movements, with palladium-treated nickel silver parts, skeletonized and chamfered bridges with polished edges, a côtes de Genève rayonnantes motif on the plate and bridges, fine circular graining on the wheels, blued screws with polished and chamfered edges, and solid 18k gold chatons for the main jewels. It has a speedy balance frequency of 21,600 vph.

The watch’s case is 43 mm in diameter and just 10.7 mm thick. Made of stainless steel, it’s got an elegantly curved, stepped design with a housing that tapers from top to bottom; the widest section anchors the extra-large, curved, nonreflective sapphire crystal over the dial, while the lowest section narrows for a snug fit on the wrist. The satin-finished inserts in the lugs can be dismantled during servicing and re-sanitized. The sapphire caseback window offers a view of the movement and has a nonreflective treatment. 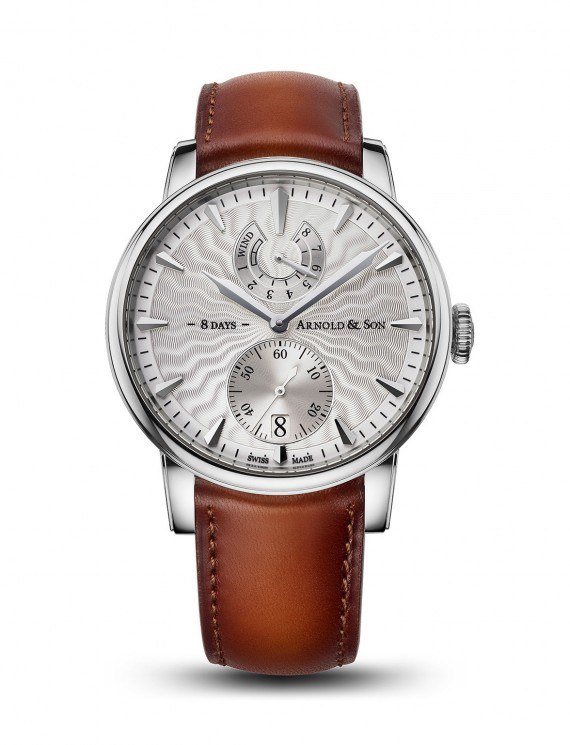 The Arnold & Son Eight-Day Royal Navy has a guilloché dial — a style used on the brand’s HM Perpetual Moon timepiece — available in three colors, royal blue, silver gray, and black anthracite, each with the date disk in a matching color. Each version is offered on a hand-stitched, aged calfskin leather strap in blue, black, or bro