I first caught wind of the new NTH Subs when Chris Vail, creator of Lew & Huey, sent out a message asking for input on the various models he will be building (more on that here). Looking through the photos, it is easy to see that these fashionable watches were directly inspired by the classic Rolex and Tudor Submariners of the past. That does beg the question – do we need yet another homage to this classic design? Given that Vail has a tendency to make things interesting in what he builds, I am definitely willing to give him the benefit of the doubt at this point in the process. 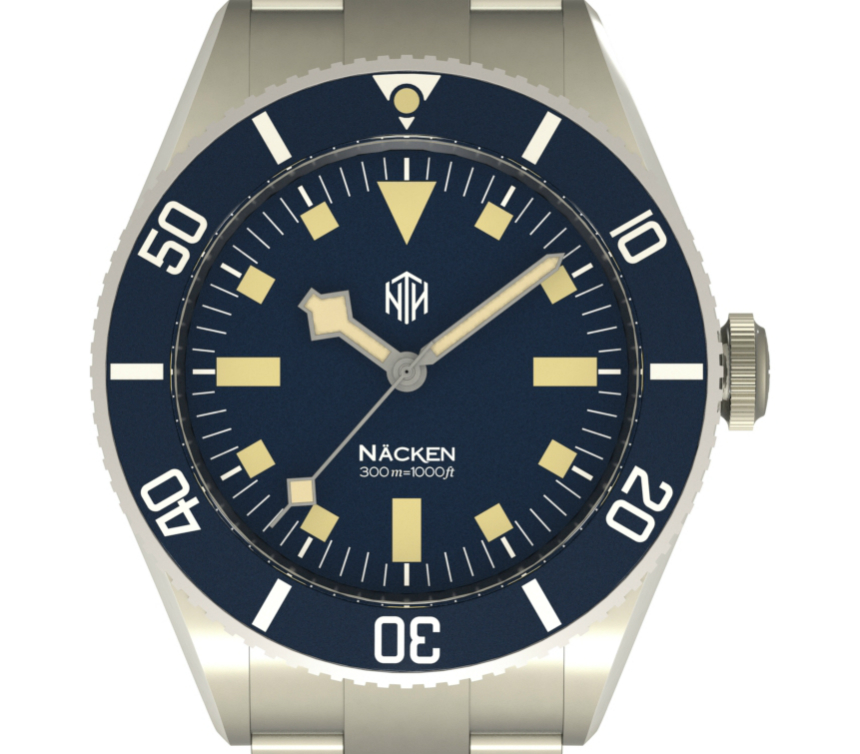 Chris Vail is changing the name of the company. In short, Janis Trading is going to be the new umbrella company, which turns Lew & Huey into a brand under it. This will allow for them to expand the larger brand (Janis) into other areas than strictly watches, along with allowing different design languages to crop up for the watches without diluting what is already there for an existing brand. The first fruits of this renaming exercise are now taking the form of the new NTH Subs.

Now, I think we also need to mention the name NTH. While Vail’s site does offer a clever acronym (“Nod to History”), I like his mathematical explanation better, where N can represent an unknown, or an infinite number of options. In other words, if the brand takes off, the models could be run out to the Nth degree, one might say. Alright, branding, math, and semantics session can be concluded. On to the watches!

Refreshingly, Vail is very candid about the inspiration for this new line. And the NTH Sub is definitely a line, or perhaps more accurately, a single model at this point, with eight variations on the them. You have the expected “Mercedes” and “snowflake” handsets, but you also have a Flieger handset, and a sword-style one as well. Each of these four handsets are paired to a dial design that is appropriate, and you then have the choice of two different lume colors within each, modern or vintage, as well as the choice of whether or not you want a date display. That is a lot of variety to pack into 8 different watches, but the NTH Subs manage to be a cohesive look.

This is due to the fact that the NTH Subs share a 40mm case made of 316L stainless steel, of course. The case also manages to be under 12mm thick – 11.5mm, to be precise – in order to, as Vail puts it, “capture the svelte and organic shape of vintage Rolex/Tudor subs.” This also means that there are no crown guards, and the cases themselves feature chamfered edges. The case is paired to a rather nice-looking three-link bracelet (also of the 316L stainless steel) with solid end-links (unlike a certain recent Tudor model), half-links, and additional micro-adjustments in the signed clasp. All of this is topped by a double-domed and AR-coated sapphire crystal. That leaves us, then, with my favorite feature of the case: the crown.

What’s driving these watches? In this case, it’s the ever-present Miyota 9015. At least, it is ever-present if you have been keeping an eye on what the smaller independents have been producing lately. The 9015 has certainly become a favored choice, and it’s sheer proliferation would seem to indicate, to me at least, both a vote of confidence in its robustness and accuracy, as well as leading to its ability to be maintained down the line.

The NTH Subs should be starting up with pre-orders in mid-April 2016, with somewhere between 1,000 and 1,200 pieces being produced across the eight variations. While the retail price on the NTH Subs is expected to be around $600, when pre-orders start up, there will be some healthy discounts, to the tune of $200 off. The most discounted price of $400 will be on limited quantities, though. Think of it like how Kickstarter does things – there are various early-bird backer levels, with limited quantities at each price point. In other words, you have an incentive to pick one up early if you’re interested. The details are a little fuzzy on how those breakdowns will fall, partly due to the fact that Vail is figuring out how many pieces of each version to build. We will update this article if and when we have more details. We are also working to get some hands-on time with the prototypes so we can give you a better feel on these watches, so you can make an informed decision as to whether or not these should join your watch box. janistrading.com