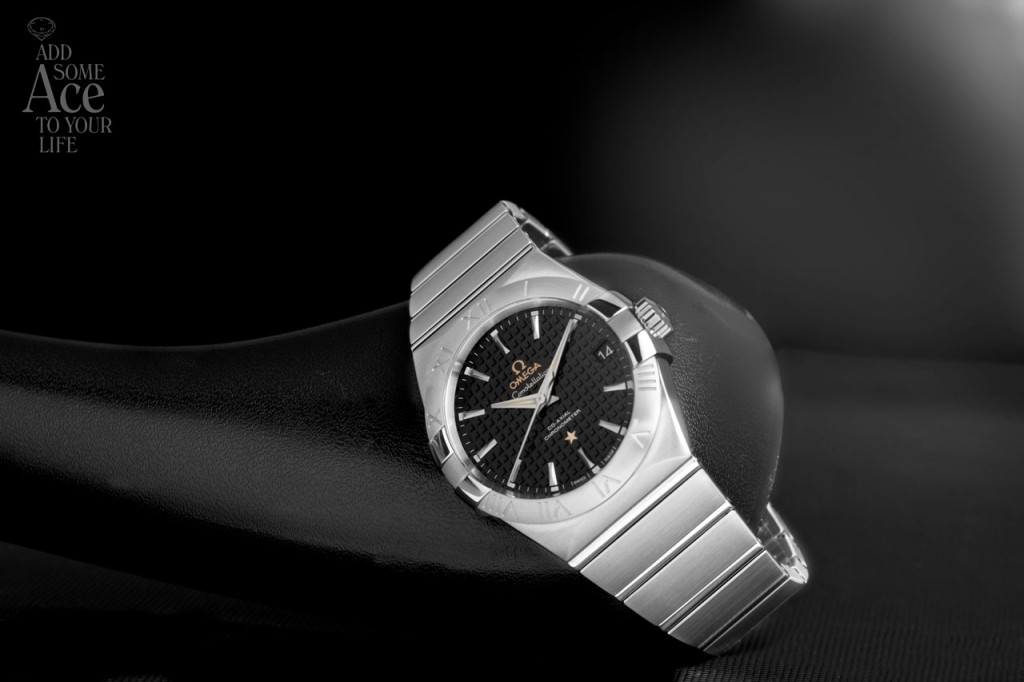 Omega launched the Constellation family in 1952, though in the United States, the collection was originally known by the name Globemaster, due to a trademark conflict that was resolved in 1956.

The dome of the Geneva Observatory served as the family crest, as Omega had just broken its own precision timekeeping record there the prior year. The cupola was surrounded by eight stars representing Omega’s greatest chronometric achievements at the world’s observatories, including the 1931 “clean sweep” at the Observatory of Geneva in which Omega broke the record for precision in every category.

In 1982, Omega launched the Constellation “Manhattan.” This watch introduced the four now-familiar “griffes,” or claws at 3 and 9 o’clock, which originally held the sapphire crystal in place and helped ensure the watch remained waterproof.

In 2007, Omega introduced its proprietary Co-Axial calibers with new and unique escapements offering less friction, greater mechanical efficiency, and excellent chronometric performance over time. The performance of the new escapement is such that each Omega timepiece fitted with a Co-Axial caliber is a COSC-certified chronometer delivered with a full four-year warranty, which is one of the best in the business for a mechanical timepiece. The exclusive movement is housed in a 38 mm case with a sapphire caseback and 100-meter water resistance.

The Constellation Co-Axial is priced from $4,400.