For SIHH 2015, Piaget will unveil a new ultra-thin flyback chronograph, further helping them to round out their range of “world’s thinnest” watches. The Piaget Altiplano Chronograph is not only very beautiful, but it finally adds another chronograph-based model to Piaget’s slim men’s collection. Until now, if you wanted a Piaget Chronograph you needed to get a Polo Chronograph or a Gouverner Chronograph – two decidedly niche designs, without as much mainstream appeal as something more classic, such as this. With the new Altiplano Chronograph, Piaget is able to combine the elegance of their famous dress watch with the appeal of a sporty chronograph – all in a very slim package. 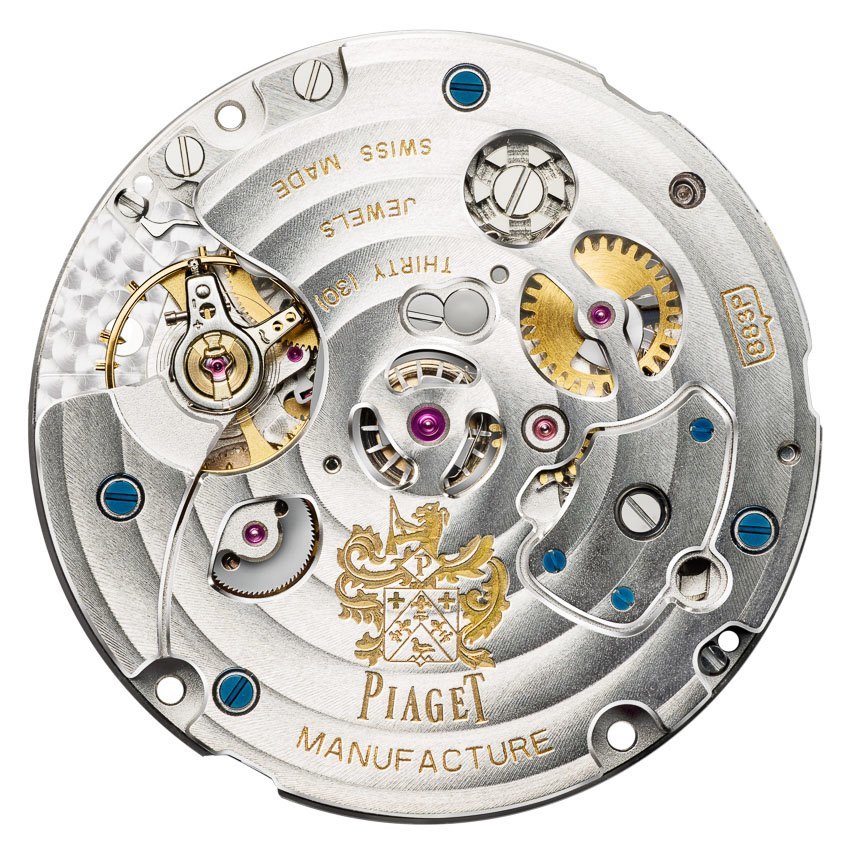 Piaget claims to make “double records” with the Altiplano Chronograph. First is the world’s thinnest (manually wound) mechanical flyback chronograph movement, with the in-house made Piaget caliber 883P that is just 4.65mm thick. Second is the world’s thinnest flyback chronograph movement based watch case, as the Piaget Altiplano Chronograph is just 8.24mm thick. Available in 18k pink or white gold, the case is also a welcome 41mm in width.

Note the specific verbiage used by Piaget: while the Piaget Altiplano Chronograph is very thin, it doesn’t contain the thinnest chronograph movement in the world. Movements such as the caliber 1180 family by Blancpain (F. Piguet) are thinner. The distinction here is the flyback feature. Also, while the layout of the 883P at first glance appears to resemble a traditional 12-hour chronograph dial, it isn’t. The 883P is built based on Piaget’s existing 880P family of in-house made chronograph movements. These have 30 minute chronographs (counter at 3 o’clock), a running second’s indicator at 6 o’clock, and a GMT 24-hour hand in the subdial at 9 o’clock, used to indicate the time in a second time zone. Also, no date here, to detract from the elegantly clear face. This is actually the first time I’ve seen an Altiplano dial with more than two hands being symmetrical. 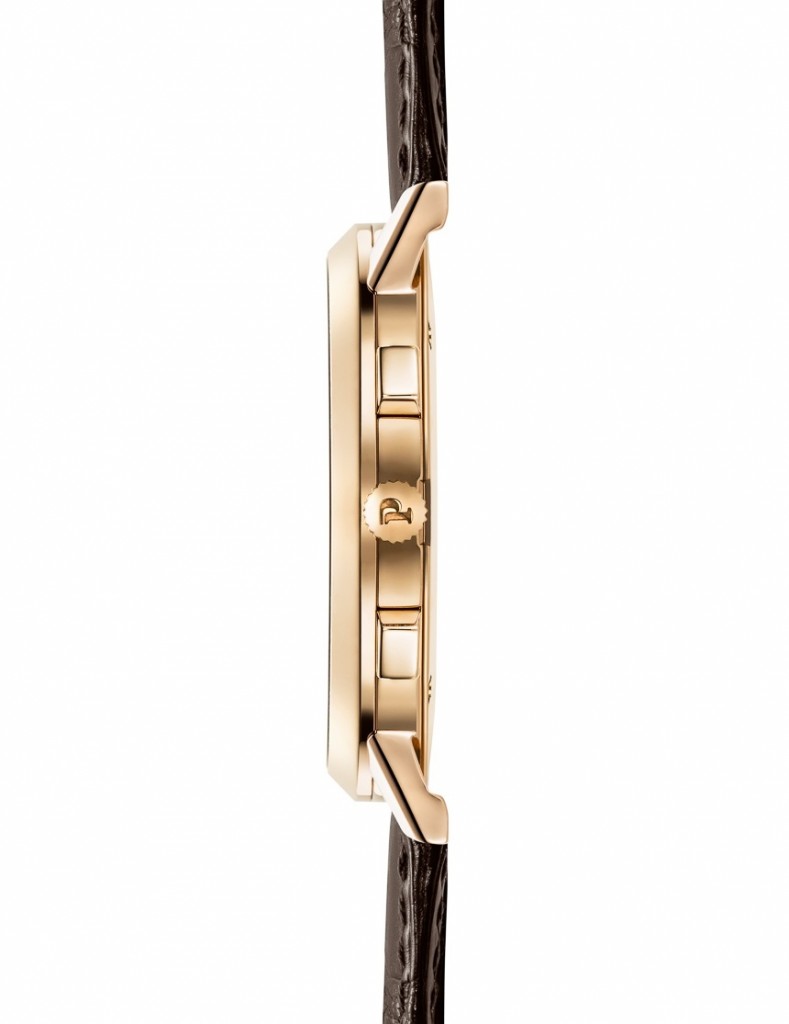 At SIHH 2014, Piaget released the Altiplano 38mm 900P, which is the thinnest mechanical watch in the world, at just 3.65mm thick. You can’t actually distinguish between the movement and the case in the Altiplano 38mm 900P because the movement plate is actually the case back of the watch. It isn’t likely that anyone is going to beat that record (anytime soon at least). Consumers have been increasingly interested in really thin watches, which is cool. My favorite ultra-thin Piaget is still the Piaget Altiplano 43 Automatic (hands-on) given its size and design. However, to some, “thin is the same as thin.” As I’ve said several times before, once you get too thin (say under 5mm), the watch case appears to be thinner than the strap! So basically, anything under 8 or 9mm thick is going to feel rather svelte on the wrist. 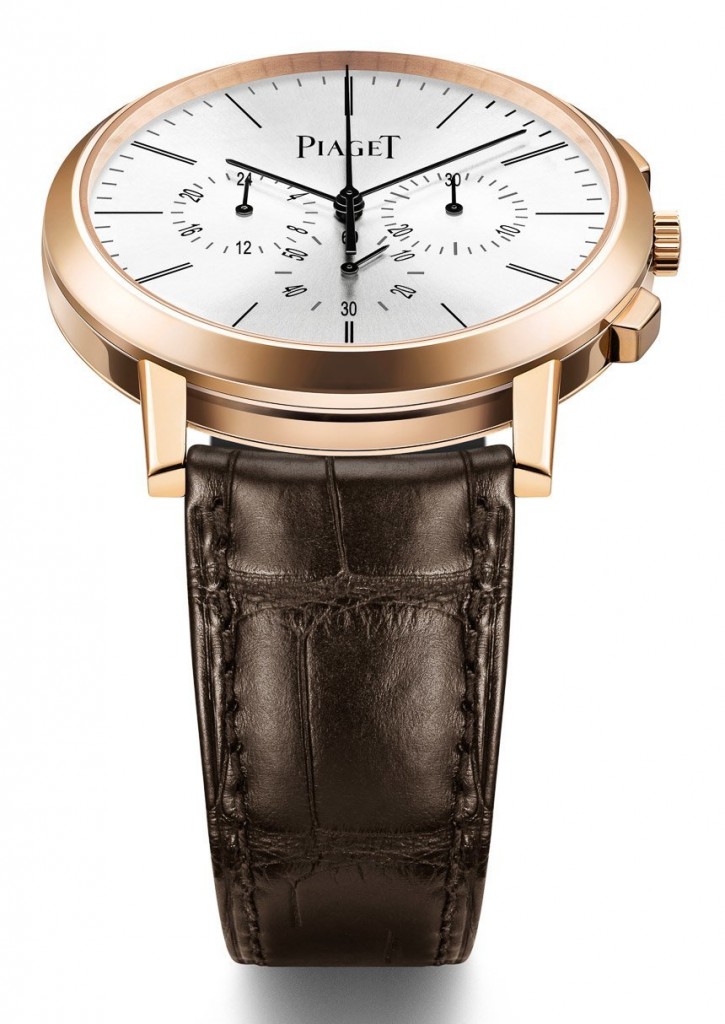 At 8.24mm thick, the Piaget Altiplano Chronograph is going to feel very nice on the wrist, but not like you are wearing a wafer that is too delicate. The minimalist Altiplano case has a modern, yet traditional aesthetic to it, and the design of the dial happens to flatter the Piaget logo rather well. Or, alternatively, perhaps the Piaget logo happens to flatter the dial – which might otherwise be too minimalist for some people’s tastes. 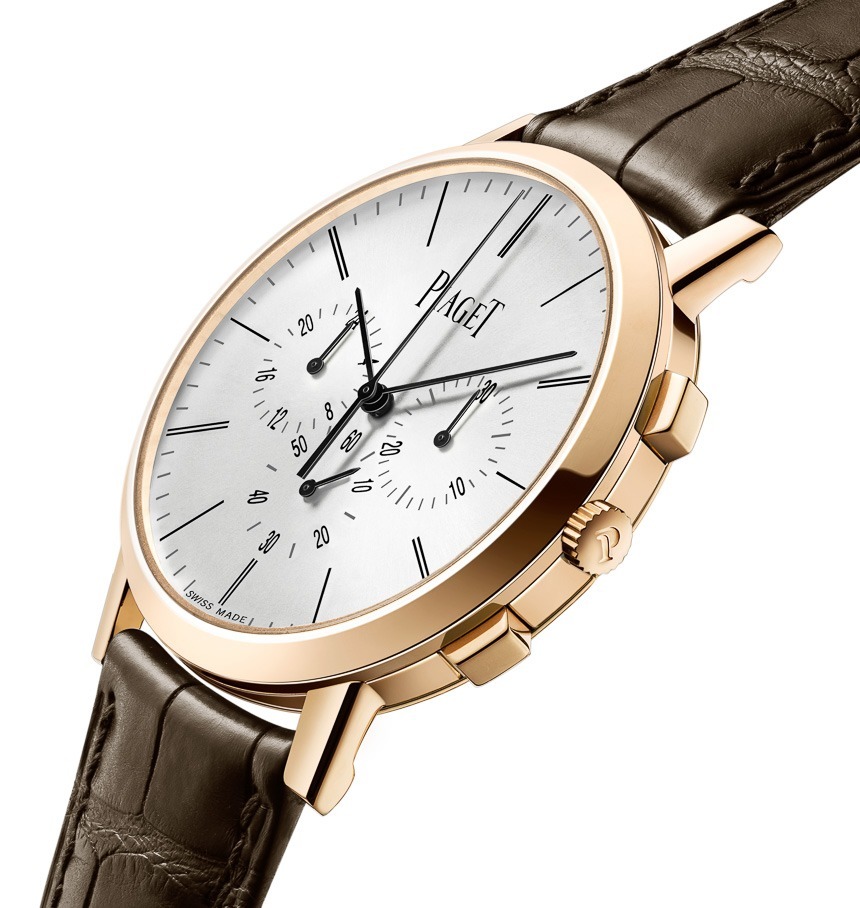 If you don’t know what a flyback chronograph is, the answer is very simple. Whereas in a traditional chronograph, you need to first stop the running chronograph before resetting it, with a flyback chronograph you can hit the reset pusher while the chronograph is running to start it again. I have yet to be in a situation where this is necessary, but I’m not timing races or whatnot. All movements in the 880P movement family have a flyback complication, but the 883P sheds the automatic rotor, as it is manually wound, and about a millimeter of thickness in the process. The in-house made movement is comprised of a lean 240 parts, operating at 3Hz (21,600 bph), and has a power reserve of 50 hours. 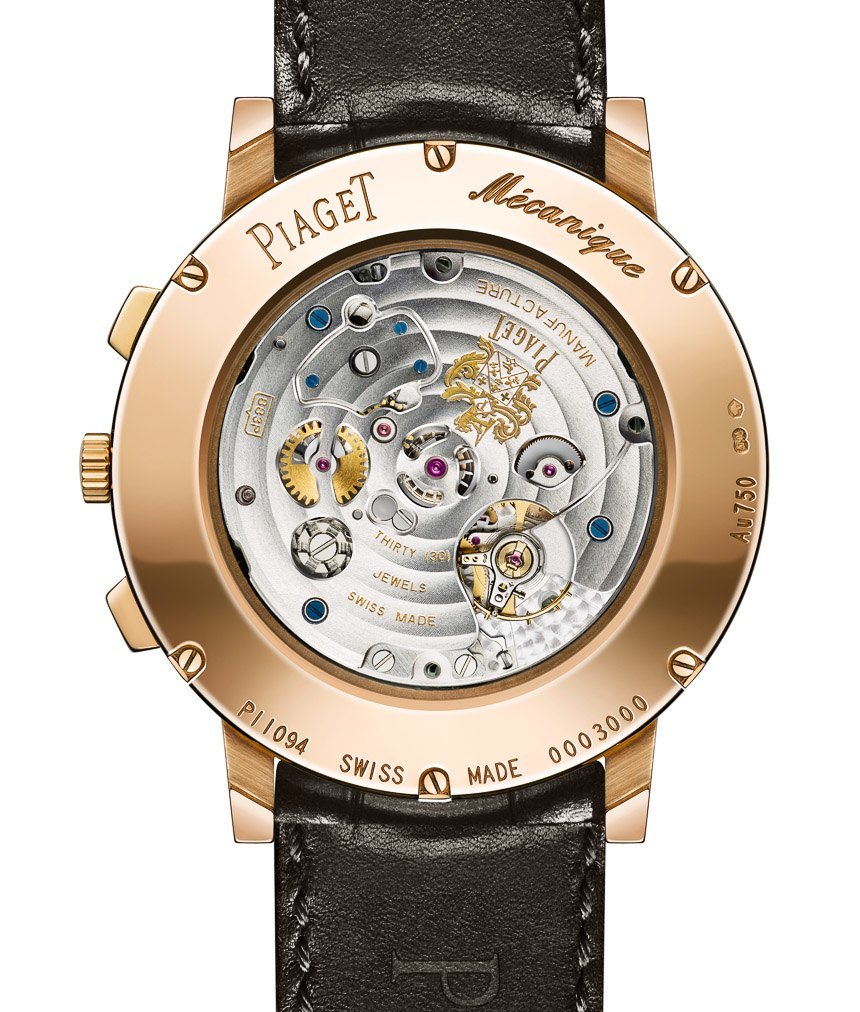 For 2014, Piaget will produce two versions of the Piaget Altiplano Chronograph – both in 41mm wide cases. First is the 18k pink gold reference G0A40031 version (with a brown alligator strap and matching gold buckle). Second is the reference G0A40031 in 18k white gold that also adds a ring of 56 diamonds (about 1.8 carats) around the bezel of the watch.