Don’t be misled: this watch’s name, which was trademarked in 1955, has nothing to do with the navy. The Breitling Navitimer, which debuted in 1952, was designed to help pilots coordinate time and navigation: it was equipped with calculating functions. Advertisements described this multifunctional device, which contained the hand-wound Caliber Venus 178, as a “personal onboard instrument.” The built-in slide rule enabled aviators to multiply and divide, convert nautical miles to land miles, and calculate averages, fuel consumption, average gain of altitude, and distances during ascent and landing. Fumbling with paper and pencil while in flight could be at least partially eliminated. Since it was introduced, the Navitimer has undergone various changes, mainly to its case and the calibers it housed, i.e., hand-wound, hand-wound with date, or self-winding, but no one has ever tampered with its most distinctive feature: its circular slide rule. 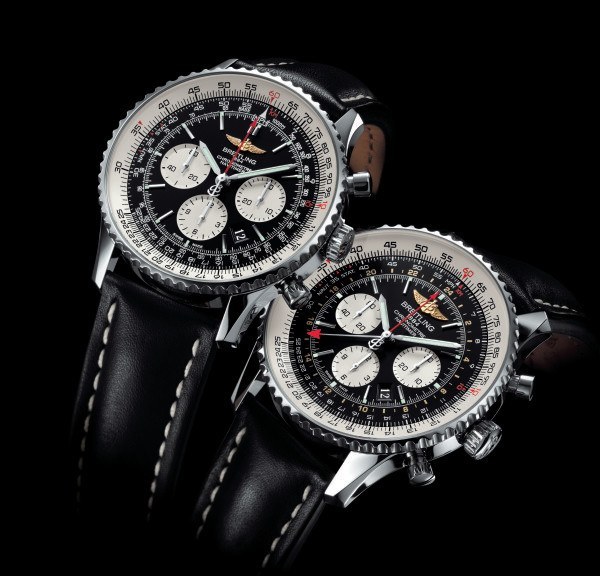