The Breitling Transocean Chronograph 1915 marks the 100th anniversary of a major design innovation that we too often take for granted on contemporary chronographs. In the early 20th century, all chronographs were monopushers, with the controls for starting, stopping, and returning the timer to zero all placed in the crown. In 1915, Gaston Breitling, son of founder Léon Breitling, designed a timing watch with a separate pusher to control the start, stop and reset functions. He placed it on the side of the case at 2 o’clock, just above the crown. The 2 o’clock positioning would soon become standard, as it was easy to reach and control on the wrist. This limited edition watch plays off of these roots, updating them for a dial and case design in keeping with the Transocean collection. An angled pusher sits at 2 o’clock, above the fluted crown. The silvered dial has a bicompax display: a small-seconds subdial is at 9 o’clock and a 30-minute counter at 3 o’clock. The watch is fitted with an all-new manufacture movement, Caliber B14, which is manually wound and Chronometer-certified by COSC. 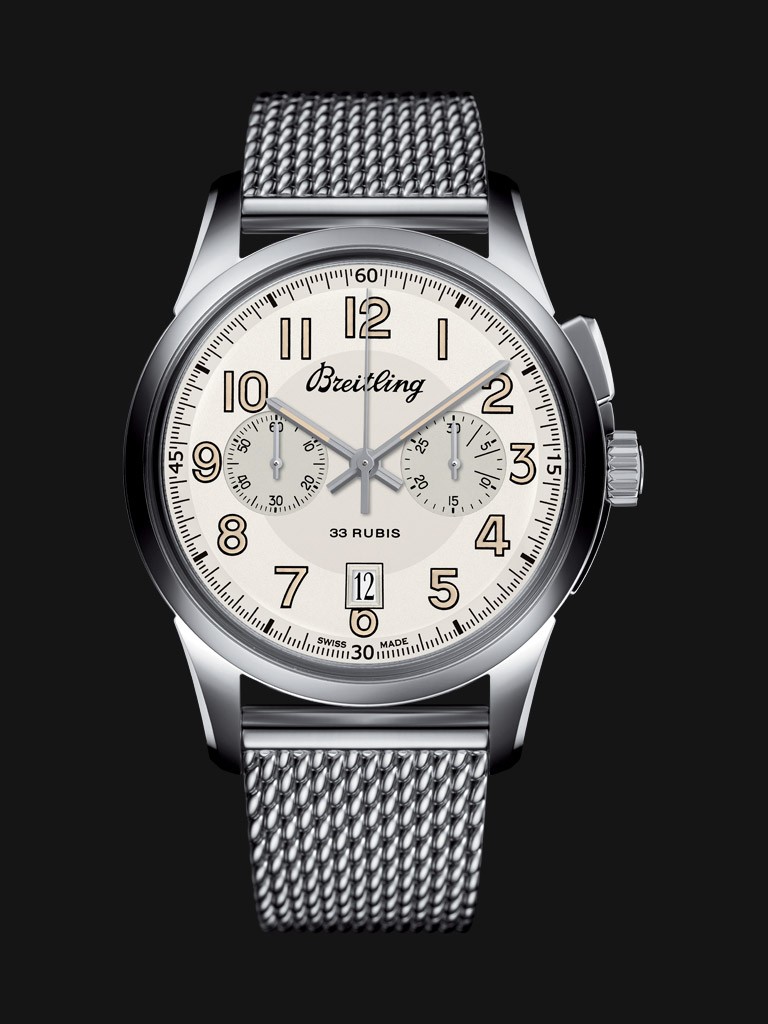