There is a commonly used phrase within the watch community with regards to the watches produced by Jaeger-LeCoultre: “watchmaker’s watches,” the implication being that the market segment JLC fulfills is exclusively a niche for people who know exactly what they want, and know why “what they want” matters. Now, I would not fully argue for this sentiment or against it; certainly, Jaeger-LeCoultre has produced some astounding timepieces over the years (for example, the Reverso), but there are plenty of other manufacturers that are at least as well known for producing pieces that satiate this desire for a “watch man’s watch.” All that said, the contemporary version of the Jaeger-LeCoultre Geophysic collection is without a doubt in my mind a collection of “watchmaker’s watches.” 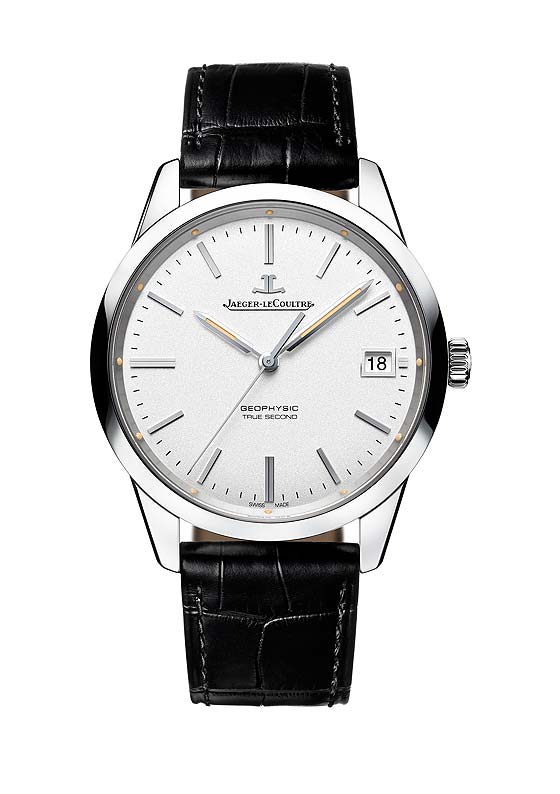 First released, and shortly thereafter discontinued, in 1958, vintage examples of the Geophysic (as above) have become some of the more sought-after historical watches in recent times. The pieces were initially produced as part of a larger push by the Swiss watchmaking community to create tool watches for the scientists who needed them. In the years surrounding the Geophysic’s subsequent historical rise and fall, and its eventual transformation into the Geomatic collection, both the Rolex Milgauss (in 1956), and the Omega Railmaster (in 1957) were subsequently released — each of these watches with a similar goal as the Geophysic, to be the go-to watch for resisting magnetic fields. Within the short time frame of this vintage watch’s manufacturing, it visited both poles, traveled on the first nuclear-powered submarine, and was hailed as one of the most technologically advanced wristwatches of its time.

Today, we look at Jaeger-LeCoultre’s reinterpretation of this original piece, the Geophysic 1958. Released in 2014, the collection was produced in limited quantities in steel, yellow gold, and platinum (all pictured above). At 38.5 mm in diameter, these watches are 3.5 mm larger than their vintage counterparts, but inside resides a movement that is just as interesting, if not more so. Powered by the automatic JLC caliber 898/1, the watch has a hacking seconds mechanism, extreme shock protection, a ceramic ball bearing system that avoids the need for lubrication, and (among many other features) an anti-magnetic cage to naturally protect the movement.

Aesthetically, each of the pieces’ cases have a mirror-polished finish for the front, and a brushed finish for the back; also, you should notice the solid caseback with interesting asymmetric globe design. On the textured white dial, for the steel and gold variations, is a cross-hair pattern, Arabic numerals for the quarter-hour markers, vintage-inspired sword hands with somewhat faux patina, and luminescent accents attached to the inside of the bezel. On the platinum version, the dial is still textured white, with the same sword hour and minute hands, but lacks the cross-hairs and only has Arabic numerals at the 12 and 6 o’clock hour positions. If you are in the hunt, these watches are still somewhat available, at $9,800 for steel, $20,800 for gold, and $29,000 for platinum.

As I mentioned earlier, this watch series is a collection of “watchmaker’s watches,” but in addition to that, they are truly vintage re-interpretations. The pieces take some of the best qualities of the 1958 models — the overall aesthetic, case shape, hands, and dial design — and adds them to slightly enlarged proportions, even more advanced technology, and some very interesting homages like the inner-bezel luminescence and the caseback engraving paying tribute to the International Geophysical Year. Another interesting thing to note is that the platinum variation of the watch actually has the most “vintage flair.” This could be because the series is for a relatively niche audience, and the platinum version could simply be catering the most to those who (again) know what they want and know why what they want matters.

As you can probably tell, this watch has made a rather positive impression on me. As I see it, it is the timepiece for a lonely man at a dinner party: very few will recognize it, and you might only think of it when checking the time, but on the off chance there is someone else at that party with a passion for watches, you might just make yourself a new friend.