In 1962, astronaut Walter “Wally” Schirra made history for OMEGA when he wore his own personal Speedmaster during the “Sigma 7” mission of the Mercury program. Blasting into a clear blue sky on October 3rd, it marked the start of a long history of space exploration for OMEGA’s now-legendary Speedmaster Chronograph. In fact, almost two and half years later, the watch would become officially certified for all manned missions.

On show at Baselworld 2015, but launched just two weeks ago, the Speedmaster “First OMEGA in Space” reprises the classic panda dialed look inspired by Schirra’s pioneering moment. The updated 18K Sedna™ gold case is based on the original “pre-professional” Speedmaster, with symmetric lugs and a 1962 Seahorse medallion on the caseback.

The applied indexes are also made in Sedna Gold as are the alpha hands covered with Super-Luminova . The watch is powered by the OMEGA manual caliber 1861 with 45 hours Power Reserve. Although the watch is numbered it is not a limited edition. 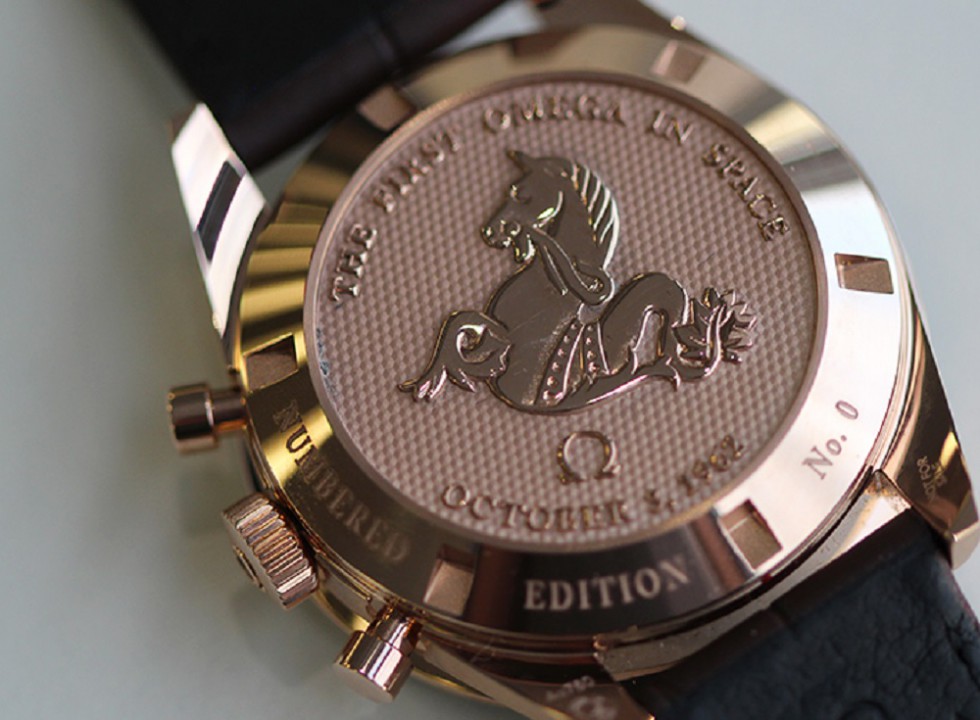 On its face, the timepiece features a unique brown polished ceramic bezel ring and a matt chromium nitride tachymeter scale. This rich brown colour is also included on the PVD subdials and minutes track, which encircles a central opaline silvery dial. Along with the applied indexes, the hands are all made of 18K Sedna™ gold and contain a mix of “Alpha” and “Baton” designs.

To complete this watch, there is a brown leather strap with beige stitching, and a central core driven by the OMEGA calibre 1861, the same movement used in the famous “Moonwatch”.

At a time when humans were first going beyond our Earth, OMEGA was part of the journey. For that reason, this particular Speedmaster has been designed as a reminder of the brand’s momentous milestone, and how the handsome Speedmaster design has long stood the test of time. The OMEGA Speedmaster Moonwatch First Omega in Space Sedna Gold will retail for €14,400.