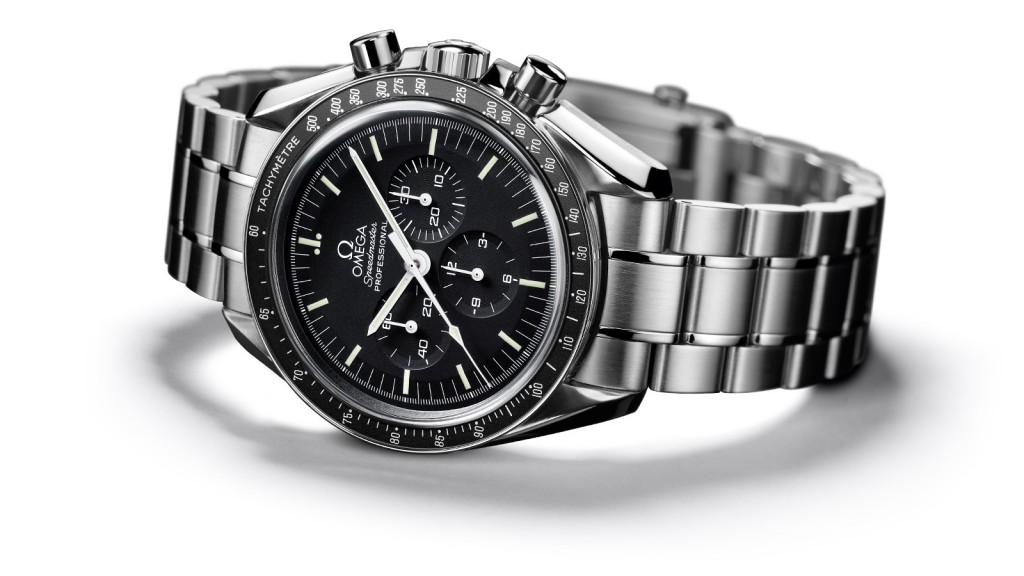 The so-called “Moonwatch” has not changed much over the years. Introduced in 1957 as a watch for racecar drivers, it became the choice for NASA astronauts in 1965. In fact, it played an important role during the return of the damaged Apollo 13 spacecraft in 1970. Precise timing was necessary for a safe return into the atmosphere. Couldn’t any other watch have done the job? Probably, but fact is that the Speedmaster was the only watch able to pass NASA’s rigorous testing in its search for a space-worthy chronograph watch. The Moonwatch today has the same basic design as those used by NASA in those days; only minor details have changed. It is the pre-Moon models that are most sought after by collectors.