This is a curious concept, two Panerai watches sold together as a set, at the price of €19,900. The two watches are symmetrical, one with the crown on the left-hand side of the case, the other with the crown on the right-hand side. The continuous seconds subdial is also symmetrically opposite in the two models. One has a black dial with SuperLuminova, the other has a white dial with blue hands and markings, and no SuperLuminova.

The two watches are based on models made in 1996 on commission from Sylvester Stallone. At that time, Panerai was still an independent brand, and since 1993 it had begun to present collections available to the public (previously its watches were made just for naval clients). In 1997 Panerai was purchased by Vendôme, part of the Richemont group to which it belongs today. So the watches made in the years between 1993 and 1997 are known as the “pre-Vendôme” models, and they have become rare collectors’ items.

The black model is the Luminor Black Seal Left-Handed 8 Days, with crown and protector on the left-hand side of the case. The case is 44 mm in diameter, in stainless steel with diamond-like carbon (DLC) coating. The black dial provides a good contrast with the markings, coated in SuperLuminova that is beige in the light and glows green in the dark.

The white-dial piece is the Luminor Daylight 8 Days, which was apparently commissioned specifically by Sylvester Stallone with the white dial and blue markings. (Click here to see a slightly less cool piece of watch design by Sylvester Stallone). This piece is mounted on a blue alligator strap. Both pieces have a solid caseback and a water-resistance of 30 bar, 300 metres depth. 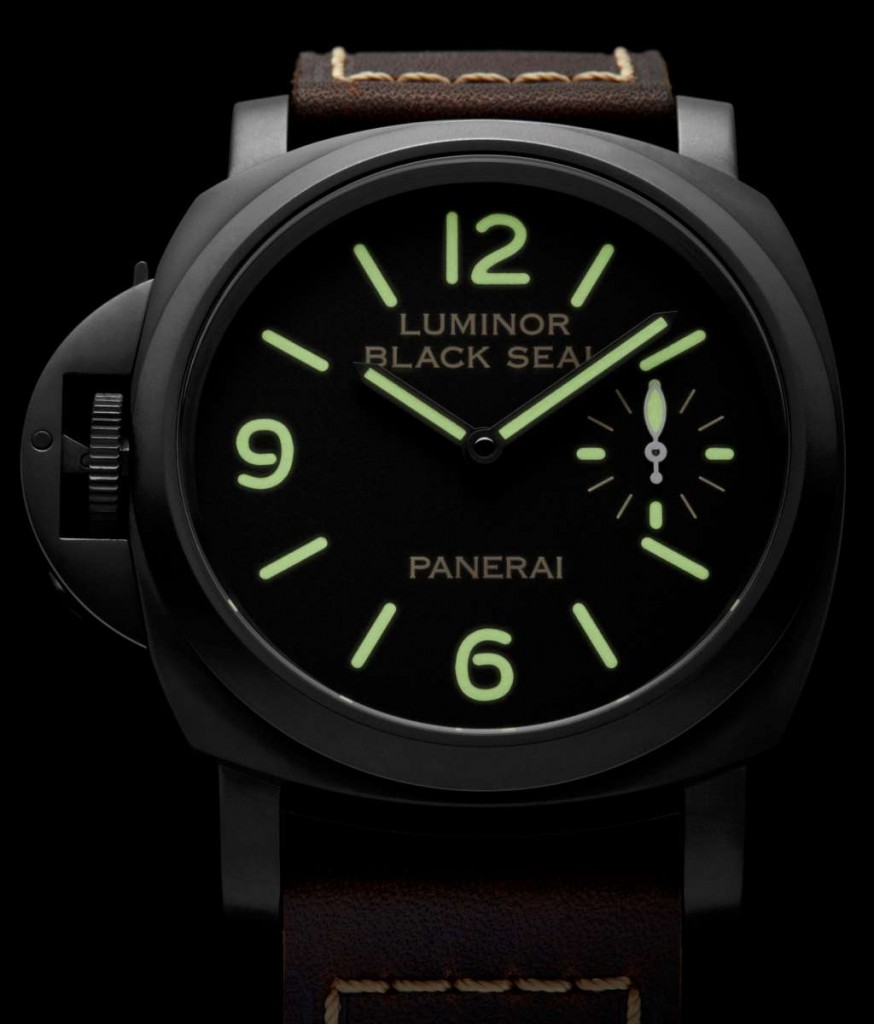 Both watches are powered by the hand-wound P.5000 movement, made entirely in-house, with two mainspring barrels and a power reserve of 8 days, 192 hours. It runs at 21,600 vibrations per hour, 3 Hertz, and has 127 components. It is a movement that reflects traditional, very strong construction, with all components mounted between two plates so that only the balance and intermediate wheel can be seen. Regulation of balance rate is performed uniquely by adjusting the weight screws on the balance wheel. The long power reserve is a Panerai characteristic dating back to its watches made for Italian navy commandos between the late 1940s and early ‘50s, and at that time the brand used a hand-wound Angelus movement, the Angelus SF 240.