Even if your travel-watch budget is below $2,000, you can snare a very striking world-timer from Tissot. The Tissot Heritage Navigator 160th Anniversary ($1,650) — a modern re-issue of a watch originally created in the brand’s centennial year of 1953 — has a dial that indicates the time in each of the 24 major world time zones simultaneously, with each time zone represented by the capitol of a nation within that zone (i.e., “New York” for Eastern Standard Time in the U.S.). Once the watch is set for the time in the wearer’s chosen country, the times in the other 23 zones are easily readable as the world cities line up with the numerals on the 24-hour disk. The watch’s automatic movement is a Swiss-made chronometer certified by COSC. 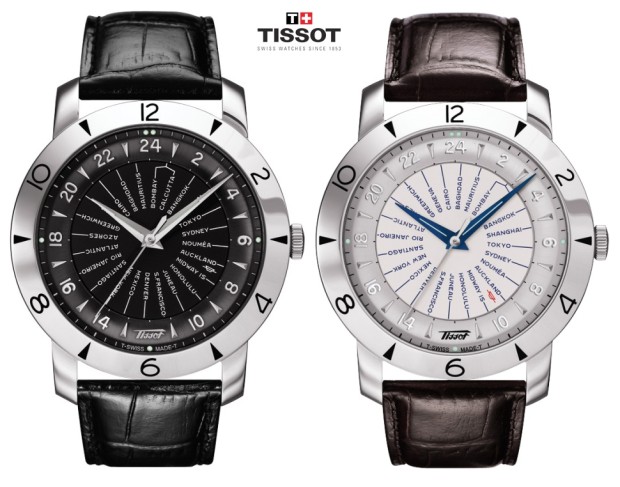