Introduced in 2010, the Rolex Reference 116610LV (aka the Rolex Submariner Hulk ) struck an immediate chord among horology lovers worldwide. That led at least a few folks to wonder why this particular reference was such an instant out-of-the-park home run. Was it the brilliant aesthetic? The downright addictive wearability? The top shelf functionality? The answer, of course, is all of the above and then some. Put simply, the Rolex Submariner Hulk is a veritable modern classic with over fifty years of history behind it. Collectors love it. Enthusiasts love it. People who don’t normally wear watches love it. Plus, it’s a Rolex.

Today, we’re going to explore the Rolex Submariner Hulk by diving into its backstory and then segueing into its perennial appeal. After all, we’re watch lovers ourselves, and like so any other collectors, we find ourselves utterly transfixed by this epic timepiece. Not only does the range itself represent the best of form and functionality, but Reference 116610LV in particular transcends mere catch words, achieving something akin to modern myth status. Read on to see how this stunning timepiece came to be, and why people all over the world simply can’t get enough of it.

This article is part of our Watch Time series.

History of the Rolex Submariner Hulk

Long before the debut of the Rolex Submariner Hulk, there came a slew of predecessors, most of them likewise known for their sturdy construction, premium features and striking designs. Meanwhile, unifying the entire range are some core specs like a water-resistant case with screw-down crown, and premium self-winding movement. But first, let’s go back to 1953. That’s when experienced diver (and Rolex board of directors member) René-Paul Jeanneret came up with the idea for a watch that could function underwater while retaining the aesthetic benchmarks of a sophisticated, everyday timepiece. The watch would distinguish itself from similar, water-resistant models by being a true diver’s watch, as in one that could survive deep sea plunges. To help achieves its goal, the watch would take design and construction cues from Panerai diver’s watches, Panerai having been a subsidiary of Rolex at the time. Rolex founder Hans Wilsdorf was immediately on board with the idea.

To ensure nothing but the utmost tier of quality, Rolex consulted with famous diver Jacques-Yves Cousteau himself. Extensive testing followed. In one instance, Rolex attached its new diving watch to the hull of a deep-diving submarine that plunged no less than 3100 metres below the ocean’s surface. After the vessel returned from its journey, Wilsdorf was delighted to find that the watch was still intact and functional. Deeper dives would follow, with each watch duly staying the course.

Jump ahead to Basel Fair (now known as BaselWorld), 1954. Next to a sign that read “Submariner – the diver’s friend” was a beautiful wristwatch with a matte black dial, luminous hands and a rotating bezel. Water resistant up to 100 metres, the watch employed a screw-down crown by way of Twinlock engineering. Under the skin was automatic movement.

Later that year, Rolex released three different Submariner models. At the top of the line was Reference 6200, which touted self-winding calibre movement and water resistance up to 200 metres. The entire range was a hit to say the least, and Rolex had a new winner on their hands. Over the years that followed, the brand would incorporate crown guards and omnidirectional bezels, experiment with new materials, upgrade the movement, tweak the design, put the name “Submariner” on the dial and evolve in general. Then, in 2010, a new model was introduced: Reference 116610LV. Featuring a green Cerachrom bezel, hefty case lugs and a new bracelet, the watch was quickly dubbed the Rolex Submariner Hulk. 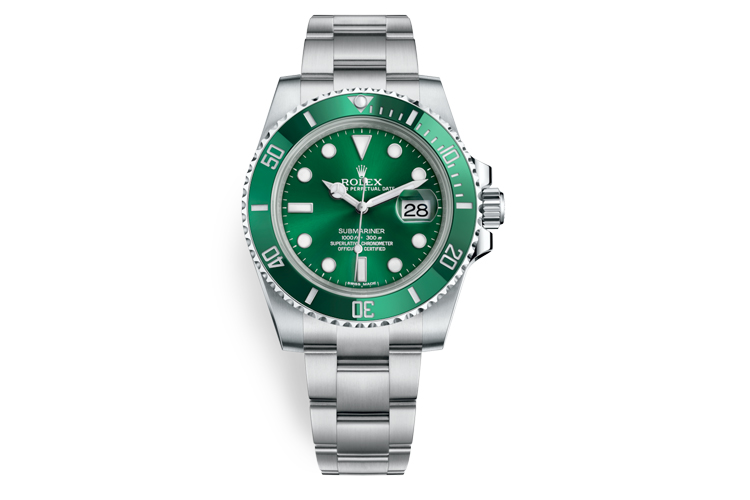 When talking about watches, people love to toss around the term “form and function” to the point of overkill, and yet there’s probably no better way to capture the essence of the Rolex Submariner Hulk. That is to say the watch is both profoundly versatile and resoundingly stylish. Hence, it’s no wonder that collectors and enthusiasts alike simply drool over this legendary timepiece. For starters, they love the distinctive green colour on the watch’s unidirectional bezel and robust dial. Not only is that colour completely eye-catching in its own right, but fluid as well, going from bright green to dark green depending on lighting conditions. Adding a touch of contrast are luminescent hour markers with green trim. Those markers were constructed from 18 ct gold in order to best retain their lustre.

Of course, there’s so much more to the Rolex Submariner Hulk than its colourway. For example, the watch case is made of super durable 904L stainless steel, the same kind used in the aerospace industry. Flaunting similar levels of outright robustness and style is the comfortable Oyster bracelet, which snaps together by way of a Glidelock clasp, allowing for adjustments without the need for tools. Powering the watch is calibre 3135, a self-winding mechanical movement (built in-house) with a 48 hour power reserve. That’s joined by Submariner mainstays like the Triplock waterproof system and crown guard. Speaking of waterproof, this baby can plunge up to 300 metres without losing its functional stride. Put it all together and you have the makings of a modern masterpiece, with the acclaim and mystique to show for it. 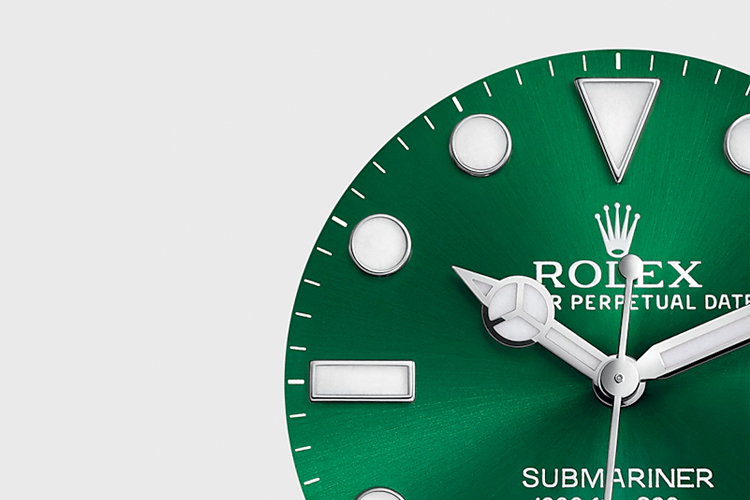 Specs for the Rolex Submariner Hulk

Since the Rolex Submariner Hulk is indeed simply bursting with functionality, we figured we’d include the full spec sheet for your enjoyment. Check it out below: 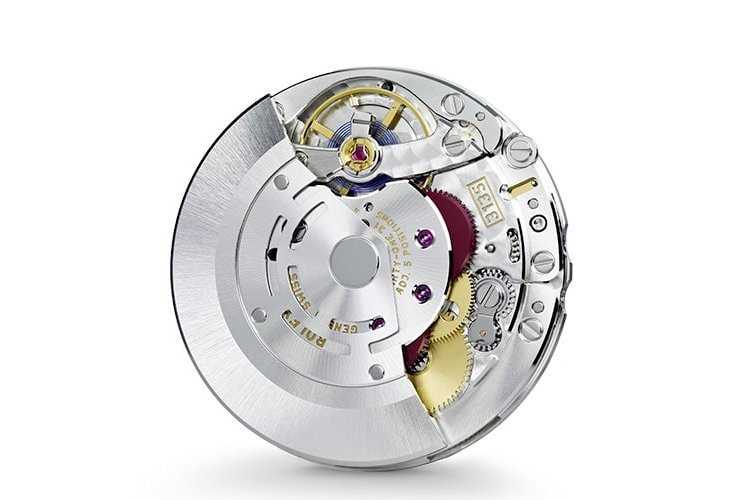 Like now-retired American boxer Andrew Ward, Rolex is quite simply the best luxury watch manufacturer, pound-for-pound, on the market these days. It may not be the leader in every individual category, but on aggregate it’s such a powerful competitor it simply can’t be defeated. As a vertically-integrated maker, Rolex controls every part of the production lifecycle and consistently produces high quality, exceptionally dependable products in high quantity. Maybe even more impressively, the brand has found a way to create this mass-produced luxury merchandise appear scarce and, thus, inherently desirable.Is it just an elaborate scam, though? Are you currently duped into paying way more than you should have just for brand recognition? I would argue the answer is a resounding no. There are a number of watch manufacturers that have come and gone and many are still about which use an over-hyped advertising strategy without much stuff to back it up; nonetheless, none of these have come close to challenging the dominance of Rolex. The reason for this is simple: A Rolex watch provides actual value.Its the million-dollar question many watch journalists get on a normal basis and, simply put, may be gauged by means of a bit of non-invasive profiling. Finding out as much as possible about the potential buyer – his lifestyle, his personality, his taste and his budget – would be the initial step in determining which Rolex watch to buy. Since the Oyster Perpetual is the very notable and well-known Rolex ambassador, lets take a peek at the different personality traits and stories behind some of those heavyweight best-sellers and indulge in some matchmaking.

This article is part of our Watch Time series.