Baselworld 2016 felt a bit quieter and calmer than previous years. Brands released fewer items, and most generally played it safer than years before. If these were signs of an economic down turn, you wouldn’t know it from Tissot Swiss watch , who had 240 new models (including all variants). In fact, Tissot is at the top of their game right now, saturating the European market and securing a position as the NBA’s official time keeper in the US. This year, they showed us a lot of great stuff, too much to show you here. So we chose three cool, different and high value pieces that will be coming out this year. Enjoy. 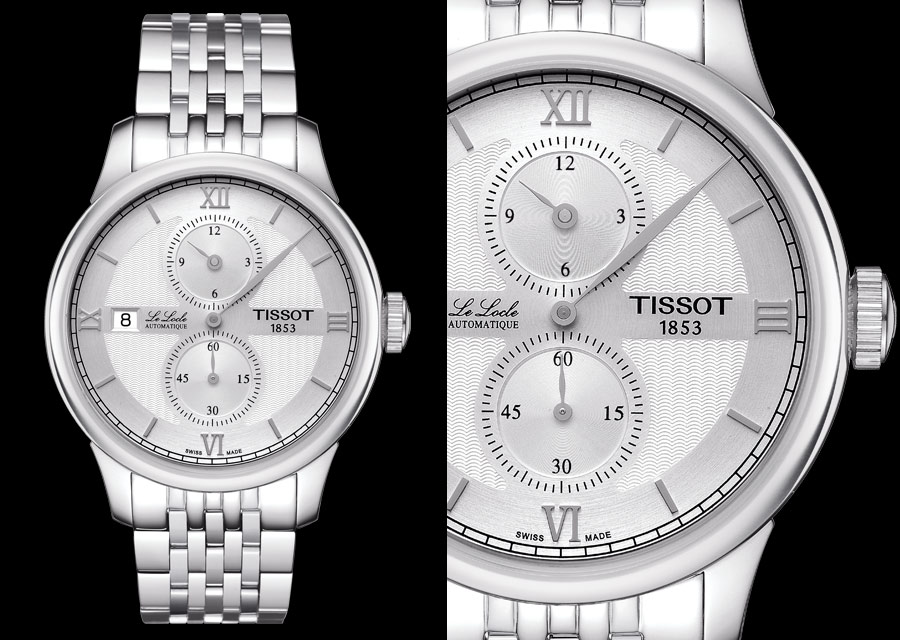 Tissot’s Le Locle series is an undeniable bestseller for the brand. It’s not hard to see why; the line boasts an impressive blend of elegant styling and quality construction at an attractive price point, making it immediately appealing for customers across different segments. For Baselworld 2016, Tissot announced their latest addition to the ever-growing Le Locle family: the Le Locle Regulateur.

The Regulateur, or regulator, is a type of watch featuring separate time registers, generally with a large central minutes hand, and the hours and seconds hands relegated to separate sub-dials. Historically, regulators were used in workshops as a point of reference to check the accuracy of pocket watches. It’s a bold design, and one of my personal favorites.

The Regulateur comes in a 39mm stainless steel case with a sapphire crystal on both ends. The dial stays true to the aesthetic of the Le Locle series, featuring a complex mixture of elements and finishes that give it the look and feel of a higher end piece. Raised Roman numerals flank the dial at 12, 3, 6, and 9, with indices as placeholders for the remaining hour positions. The two present sub dials are recessed, and the four quadrants surrounding them feature a wave-like Guilloché pattern—both features give the dial some welcome texture and dimension.

The Le Locle Regulateur will be available in a number of variants, among them classic white and black dialed versions in a steel case, and a couple of two-tone versions with rose and yellow-gold accents. The Le Locle Regulateur will be made available on either a leather strap with butterfly clasp or a stainless steel bracelet with butterfly clasp and push buttons, with an expected MSRP ranging from $795 to $950, a great price for an automatic regulateur.