The Jaeger-LeCoultre Reverso is easily one of the most iconic and recognizable watches ever made. The rectangular-shaped, double-faced watch is celebrating its 85th birthday this year, and we were teased with some novelties late last year, but they saved the big reveal for SIHH 2016. The Jaeger-LeCoultre Reverso Tribute Gyrotourbillon watch is a limited edition platinum watch that serves the legacy of the Reverso very well while also advancing the brand’s already impressive Gyrotourbillon. 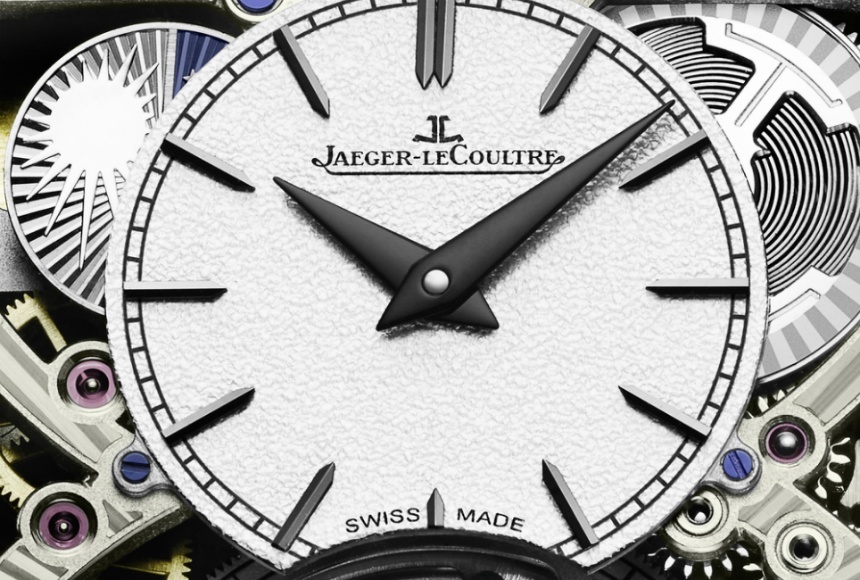 The Jaeger-LeCoultre Reverso Tribute Gyrotourbillon watch, has a brand new Gyrotourbillon movement in their new in-house manual winding Calibre 179. It’s 30% lighter than its predecessor and has an external driving mechanism that has it perform its rotation. The bi-axial flying tourbillon has two carriages which perform an external rotation in one minute and an internal rotation in 12.6 seconds. A really novel approach Jaeger-LeCoultre has taken is the inclusion of an anchor-shaped balance wheel designed to evoke the brand’s logo.

It’s not a Reverso without two sides, and on the front there is a white hour and minutes dial on the upper section, joined by blued steel Dauphine hands as found in several iterations of the Reverso. At 11 o’clock, you’ll see the day/night indicator. Take a look at the blue arrow at the lower lefthand side of the dial, surrounded by the beautiful sunburst guilloché pattern. It points to the seconds display, which is actually a graduated disc which rotates at the cadence of the Gyrotourbillon.

On the reverse side of the dial, you find the engraved movement which is really just incredibly well done, especially when you realize how difficult this must have been to do considering the thinness of the movement. Here, you’ll find the dual time display, looking vastly different from the display at the front of the watch. At 2 o’clock, you’ll see the day/night indicator in a 24-hour mode.