I am the fan of Omega watch, do you?

Omega still produces Speedmaster Moonwatch models very much like those that went to the moon during the Apollo missions on the wrists of NASA astronauts in the 1960s. What started as a racing watch in the 1950s became the astronaut/space pilot watch after the success of the NASA missions. Think about it, in the years after the moon landing, who didn’t want to wear the same watch as that worn by the guys who went to the moon? 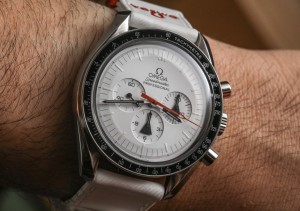 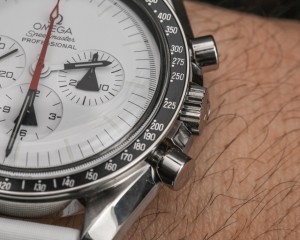 The success of the Omega Speedmaster isn’t just because of history, but also because of its dedication to being a tool watch first, and a “nice watch” second. This isn’t all function and no style, but it works wonderfully as a utilitarian object that just happens to look sexy in the process. Reams have been written about why the Omega Speedmaster Moonwatch is a must-have for most modern watch lovers, and I won’t seek to reiterate the love and passion that has been thus far communicated for years all over the internet and in watch publications. All I can do is add my own thoughts and experience with Omega Speedmaster watch models. 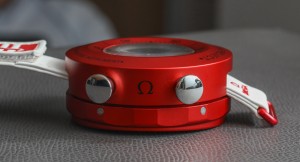 Therein came the “Alaska Project” name, because much of Alaska is very cold. The watch was developed with an optional red aluminum housing that was meant to offer the watch additional shielding from high and low temperature extremes (as the story goes). According to Omega, the case “shield” offers temperature resistance up to 260 degrees Celsius and down to -148 degrees Celsius. Aluminum apparently has a high thermal retention, so it doesn’t heat up or cool down very quickly. I think that is more important than its actual insulating capacity. The red color was also chosen for specific reason – related to either ambient radiation or protection against sunlight.
For the original Alaska Project watches, Omega developed a pusher system in the aluminum doughnut housing which allowed for the chronograph to be operated with it on. Perhaps the most amazing element of the 2008 Omega Speedmaster Moonwatch Alaska Project limited edition watch was that is actually came with specially made aluminum outer-casings that you could wear with the watch (that I sometimes do). This was a very rare addition to a limited edition Omega watch, in that there was a specially designed accessory to go with it aside from the watch case, straps, and tools. 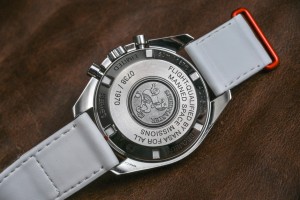 Omega also supplied a nifty white-colored and nicely branded white Velcro strap in addition to the standard steel Speedmaster bracelet with the Omega Speedmaster Moonwatch Alaska Project. I’ve enjoyed this strap so much, I’ve never actually put the watch on the bracelet (yet)! This strap even came in two sizes, with an additional strap making it more comfortable to wear with the aluminum housing. Omega’s dedication to truly nerding out when it came to designing the presentation for the limited edition Omega Speedmaster Moonwatch Alaska Project is commendable.