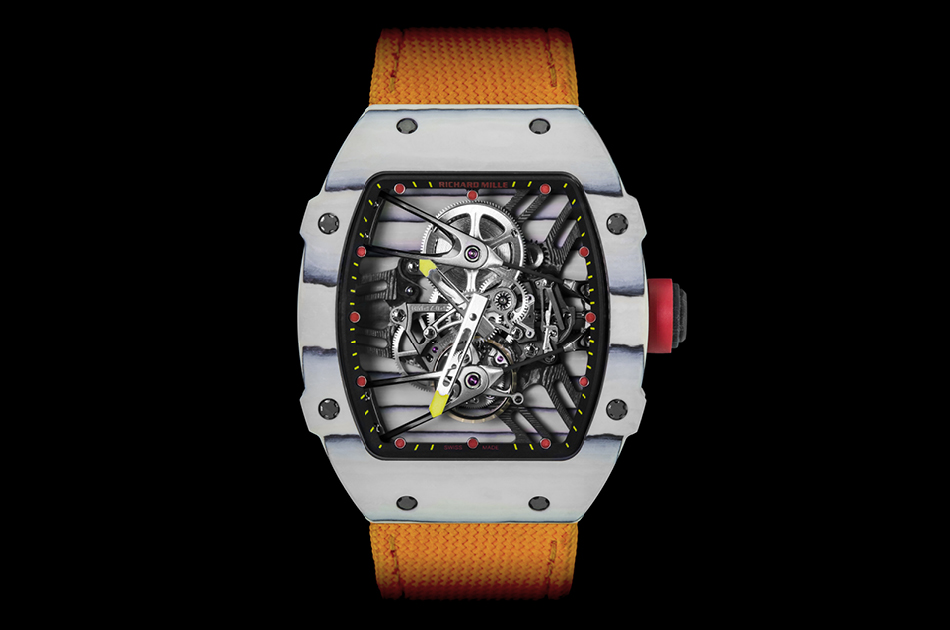 Remember our trip to Richard Mille in the Swiss Jura? We reported about it here, being amazed by the high-level of craftsmanship and dedication, a trip to remember and definitely increased our appreciation for this high-end watchmaking manufacture. We were told during the SIHH in Geneva that they would bring some novelties during 2015 instead of unleashing them all at once on us (we were already happily surprised by their efforts to put this beautiful ladies watch on the market).

One of the novelties is being introduced today, the Richard Mille RM27-02, a manual winding tourbillon caliber dedicated to tennis. No wonder, as Rafael Nadal is their ambassador since quite a while, that he will be the ultimate test pilot for this RM27-02 timepiece during his international matches.

This Richard Mille RM27-02 has been partly made of NTPT (North Thin Ply Technology) Carbon, a registered trademark, with remarkable properties that is resistant to (micro)cracks. Richard Mille created a unibody of NTPT Carbon as well as the bezel and caseback. This unibody, a skeletonized baseplate fused with the caseband of the watch, is a structure inspired by chassis of racing cars, and is resistant to severe impacts.

On top of that, Richard Mille’s engineers have developed a material composed of hundreds of layers of quartz filaments piled on top of each other. This material is called TPT Quartz. It is resistant to high temperatures.

The bridges, as shown on the image, are made of grade 5 titanium and finished (beveled, shot-blasted and satin-brushed) by hand. Attached to these bridges is the mechanical heart of the RM27-02, a beautiful sight for Rafael Nadal and all future owners of this exceptional timepiece.