Tissot is no stranger to sports sponsorships, having just celebrated 10 years of its partnership NASCAR’s Danica Patrick and continuing as timing partner of the MotoGP racing series, but this week the Swiss sports watch brand landed its biggest coup to date, becoming the first-ever official timekeeper of the National Basketball Association. 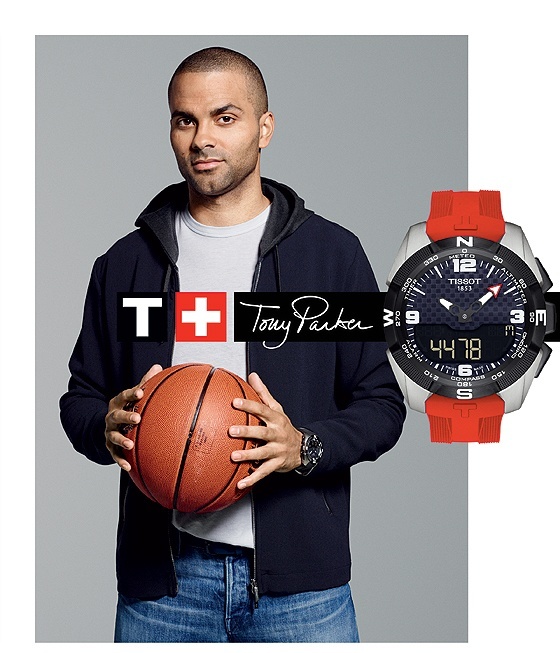 The new, multiyear global partnership — Tissot’s first with a major North American sports league and the largest in the company’s 160-year history — covers all of the leagues under the NBA umbrella, including the Women’s National Basketball Association (WNBA) and NBA Development League (NBA D-League)

Tissot has announced that it will work with the NBA to develop a state-of-the-art, integrated precision timing system — a move that will usher in Tissot-branded shot clocks to all 29 NBA arenas beginning with the 2016-17 NBA season.

“Tissot is very proud to join the NBA and to be able to create a bond with the players and the fans,” said François Thiébaud, President of Tissot in a press release. “The emotions and the spirit behind the sport will further translate into our products. Our daily work is to dress time. We create pieces of beauty and accuracy but, above all, of emotionality, and that is what sport, and more particularly the NBA, is about.”

“In basketball every second – or even tenth of a second – can be critical, and this new partnership with Tissot will bring state-of-the-art timing technology to every NBA arena,” added NBA Commissioner Adam Silver. “We are proud to partner with Tissot, a world-class brand with a long history of developing innovative and dependable timekeeping systems.”

In addition, Tissot — a member of the Swatch Group and the world’s largest traditional watch brand in terms of volume — will receive global league licensing rights for timepieces, watches, clocks, and watch accessories for all NBA teams. Tissot will provide support for the partnership at its retail stores around the world. Tissot will make investments across all NBA teams and league broadcast partners and will partner with the NBA on a global basis through events, marketing, media, and the launch of new NBA-themed creative and advertising. The brand’s initial NBA-related advertising campaign will focus on the Tissot T-Touch Solar, expanding on Tissot’s existing partnership with NBA star Tony Parker of the San Antonio Spurs (below).

The partnership tips off this week during the NBA Global Games 2015-16, which feature six NBA teams playing seven regular-season and preseason games in six countries. Tissot now becomes  Official Timekeeper and Official Watch of this tournament as well as other several marquee league events, including the NBA All-Star Game, NBA Draft, and NBA Summer League. 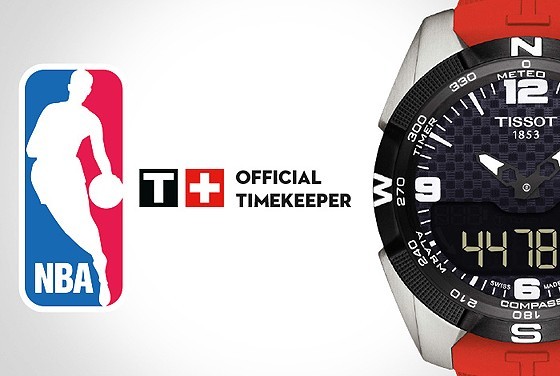