TAG Heuer developed the TAG Heuer Aquaracer 72 in collaboration with Oracle Team USA, winner of the most recent America’s Cup series of yacht races, in 2013. (The “72” refers to the America’s Cup 72 yacht class.) The watch can take readings from sensors distributed throughout the yacht and display information such as wind speed, wind direction, boat speed, wind angle and more. The watch was engineered specifically for the Oracle crew (which will be defending the Cup in July 2017): each member can select the data needed for his specific task. All of the data is updated in real time. Thanks to the 51-mm case size, the values shown on the high-contrast LCD display can be read at a glance.

The watch weighs only 108 grams and can withstand impacts of up to 5,000 Gs. Only 50 watches were produced and they are not being sold to the public. TAG Heuer plans to equip other professional sports teams with similar timekeeping instruments in the future. 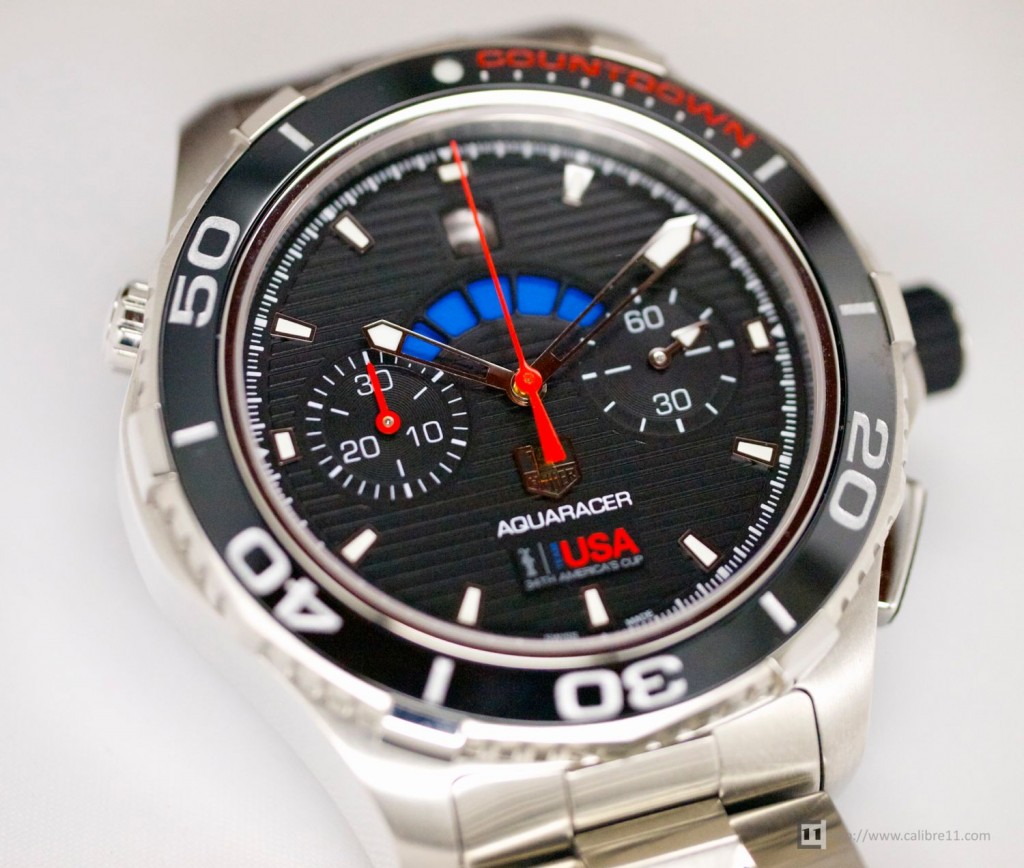